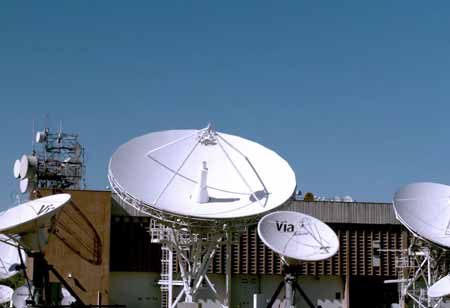 To encourage satellite operators to vacate 300 megahertz of the C-band spectrum more quickly to make way for cellular networks' 5G services, FCC is offering the $9.7 billion in accelerated clearing payments

FREMONT, CA: Intelsat and SES are likely to lose a whopping $9.7 billion spectrum clearing incentive package, which was approved a week ago, if they do not agree to the terms of the agreement, says FCC. FCC has decided to scrap the amount.

The agreement states that satellite operators like Telesat, SES, Intelsat, Eutelsat, and Embratel Star One are collectively entitled to win up to $9.7 billion in accelerated payments if they can clear 300 megahertz of C-band spectrum by December 5, 2023, i.e., two years before than the FCC's deadline.

FCC released another final plan on March 3, stating that companies eligible for at least 80 percent of the accelerated clearing payments must participate in order for the program to be proceeded.

According to the reports, Embratel Star One, Eutelsat, and Telesat account for only 9 percent of the accelerated clearing payments, which means only Intelsat and SES can knock the door of FCC.

To encourage satellite operators to vacate 300 megahertz of the C-band spectrum more quickly to make way for cellular networks' 5G services, FCC is offering the $9.7 billion in accelerated clearing payments. The clearing payments are above the relocation costs, which are estimated at $5.2 billion in the FCC's plan. The price of relocation includes buying satellite dishes, new spacecraft, and other equipment to continue offering service with a low spectrum.

According to the valuations, Intelsat is eligible to receive $4.87 billion in accelerated clearing payments, which is a massive increase from the FCC's original plan in which it had allocated only $13.6 million. Appaloosa, a promising shareholder of Virginia and Luxembourg-based Intelsat, has a 7 percent stake in the company and wishes to push Intelsat to argue for a bigger chunk of clearing payments.

FCC, in its final plan released on March 3, made small adjustments to the amount that each company can receive for a swiftly vacating spectrum. Despite the alterations, Intelsat remains eligible for 50 percent of the total package of $9.7 billion. SES incentives go down by $23.7 million, still making a big chunk of the package, i.e., 41 percent, amounting nearly $3.97 billion.

The FCC said it was not persuaded by Intelsat's statement that it deserves significantly more than half the $9.7 billion in accelerated clearing payments. Intelsat never voiced concerns about its amount of work to a clear spectrum when it was part of the C-Band Alliance with SES, Eutelsat, and Telesat in 2018, the FCC said.