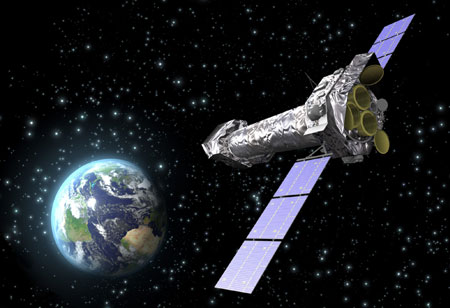 Other strategic missions such as GPS, global communications, and remote sensing will be left to the existing Air Force systems and the National Reconnaissance Office.

FREMONT, CA: The Pentagon is set to build an all-new military space architecture plan to defend what is being called the ultimate high ground. Space Development Agency acting Director Derek Tournear laid out the Defense Department's vision to prevent adversaries from shutting down the U.S. military space assets.

"While the Air Force and the new U.S. Space Command will still develop and control large, exquisite satellites such as GPS and protected communications, the new architecture that the agency will build calls for seven layers, with some of them featuring 200 to 400 small, quickly replaceable spacecraft. The sheer numbers will prevent adversaries from destroying an entire system and enable resiliency through proliferation," said Tournear.

Each of these seven layers involves a specific task, including communications, sensing, and targeting. All the tasks will be intended to provide services to the combatant commanders in the field. Other strategic missions such as GPS, global communications, and remote sensing will be left to the existing Air Force systems and the National Reconnaissance Office.

"There won't be a winner-take-all contract for these fleets. Part of resilience calls for multiple satellite makers providing the spacecraft, so there is no single point of failure and to ensure that interoperability is built into the system," said Tournear.

The first layer will be command and control on the ground, while the second layer will be a space-based communication system for all the other layers. The second layer, called the backbone layer, will be built first. "The capability envisioned not only does communication from satellite systems but from the ground up to satellites and then to tactical users with the goal being that the transport system will talk directly to fielded weapon systems. So we're going to use the existing user equipment because that's what the transport layer will talk to," Tournear added.

The next three will be sensing layers, namely tracking layer, custody layer, and deterrence layer. "Our goal is to get data from sensor (to) the shooter as rapidly as possible. Maybe there are objects that are orbiting out there that we were not aware of so we can detect them and identify them as possible threats,” said Tournear.

The final two layers will consist of a battle management layer and a space-based navigation layer. The agency aims to reach initial operating capabilities by 2024. This new system will undergo a technology refresh every two years. "So every two years, we will get more and more capabilities," added Tournear.