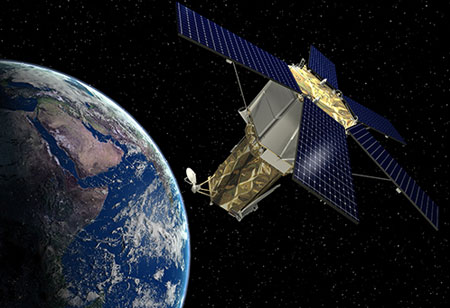 The establishment of the Space Command alone is not adequate. There is an urgent need to build a Space Force to serve as an independent branch of the military focused on space activity.

Fremont, CA: The United States has entered a race with its advanced adversaries, Russia, and China, to develop its space defense capabilities. U.S. Secretary of Defense Mark Esper believes that the next great power conflict shall take place either in the cyber or space domain, and the U.S. military must prepare accordingly.

With both Russia and China developing sophisticated anti-satellite and cyber weapons, the Secretary of Defense expressed his concerns over the future at the Air Force Association's Air, Space, Cyber Conference at National Harbor, Maryland. He identified that Russia poses the most significant near term threat, and China will likely pose a more significant long term threat.

"According to me,  the first shots of the future fight will be either in the cyber domain or the space domain or perhaps both. So we've got to be sure we have sufficient capability there,” said Esper. The Secretary of Defense had signed the documents last month, to establish the new U.S. Space Command, a combatant command entrusted with defending American satellites and preparing for potential wartime operations as well.

However, Esper believes, the establishment of the Space Command alone is not adequate. There is an urgent need to build a Space Force to serve as an independent branch of the military focused on space activity. "The creation of Space Force will allow us to develop a cadre of warriors who are appropriately organized, trained and equipped to deter aggression and, if necessary, to fight and win in space,” he said.

President Donald Trump's administration has already pushed to set up Space Force as a new military service and awaits a green signal from the Congress. Developing high tech systems to counter adversaries like Russia and China is of utmost importance to the Pentagon. To ensure that the investments are aligned with the priorities laid out in the national defense strategy, Esper recently ordered a comprehensive review of the Pentagon's fourth estate. He also hinted that the future budgets would focus on funding for improving space and cyber capabilities.

Currently, the military is also instituting a process to review its force posture and major operational plans to ensure it is positioned appropriately in case of any threats. “Our defense-wide review is putting a microscope on our budget. This isn't just about saving money. It will allow us to get our warfighters more of what they need to deter our adversaries and, if necessary, to fight and win,” Esper added.