Space Technology Is Transforming Human Life: Here is how 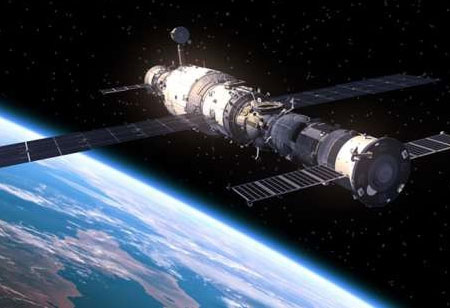 FREMONT, CA: The launch of Sputnik in 1957 was regarded as the pinnacle of space technology back then. Over 135 space shuttle flights later, humanity has significantly benefitted from space technology over various fields like communications, positioning services, earth observation, and economic activity related to the government-funded space programs. Since 1957, the world has witnessed landing on the moon, construction of the International Space Station (ISS), and the launch of more than 8100 space objects. The U.S. government's announcement to accelerate the schedule to return humans to the moon in 2024 permanently has attracted many nations to focus on a return to the moon.

The plunging costs of launch to Lower Earth Orbit (LEO) are one of the reasons behind the recent explosion in the space-related activity. Earlier, launching to LEO costs averaged more than USD 10,000 per kilogram. With the onset of companies like SpaceX, Blue Origin, and United Launch Alliance, there has been a significant drop in these prices. SpaceX's Falcon Heavy boasts the lowest cost in the industry, with prices starting at USD 1,655 per kilogram. The long term ambitions of these new companies could bring a further slash in prices, as low as USD 100 per kilogram or lesser.

Here is a quick rundown of the major ways space technology is revolutionizing human life.

Deriving accurate weather information from space systems has become critically important today for the government, space industry, and personal decision making. Satellites used for weather prediction help save thousands of lives each year by informing the authorities of possible storms, which in turn send out warnings in advance. Earth-observing satellites are also helpful in monitoring greenhouse gases and other crucial climate indicators, as well as the overall Earth ecosystem health.

Space-based communication technologies have made a positive impact on multiple facets of human life. Satellite technology has already been successful in revolutionizing navigation, banking and finance, and everyday communications. These technologies have been helping to make international and long-distance national phone calls, video feeds, streaming media, and satellite television and radio a routine process.

Sectors like land and sea navigation, logistics, precision agriculture, military operations, and electrical grids have been influenced by global PNT satellite systems, which can accurately pinpoint a location down to meters. Space-based location services have become an integral part of mobile phones. They are used extensively by mobile applications ranging from maps to dating services.

Economic opportunities from space-based operations are not just limited to those working in the space sector, but also to non-space industries. The expansion of the commercial space sector will increase not only high tech space jobs, but also everyday jobs connected to construction, food services, wholesale and retail, and finance. This is also an effective way to tackle problems like dependence on limited government budgets and cost-plus contracting.

A developing space sector helps to inform people, both young and old, about new frontiers, discoveries, and technologies. This fosters an interest in STEAM (Science, Technology, Engineering, Art, and Math) Disciplines, thereby creating a scientifically literate world which is capable of participating in an increasingly technology-driven society.

There have been over two thousand adaptations of space-based technology since the launch of the space program. These technologies include cordless power tools, freeze-dried foods, integrated circuits, flame-resistant firefighter gear, and lightweight insulation, improvements to lightning detection, kidney dialysis, and automated credit card transactions.