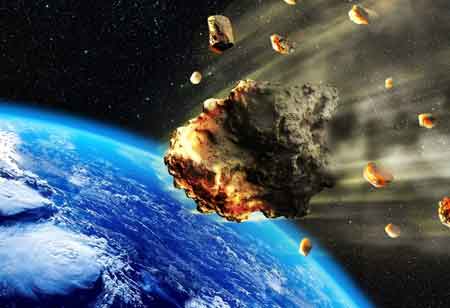 Psyche is one of the two missions selected by NASA in January 2017 for its Discovery program of relatively low-cost planetary science missions. NASA plans to use a Mars flyby in 2023 for the Psyche mission

Fremont, CA: On February 28, NASA awarded a contract to SpaceX for the launch of a mission to a giant metallic asteroid on the company's Falcon Heavy rocket. The deal has been awarded for NASA's Psyche mission, which the agency plans to launch in July 2022, from Launch Complex 39A at the Kennedy Space Center. The contract stands valued at USD 117 million, inclusive of the launch cost and other mission-related costs.

Psyche is one of the two missions selected by NASA in January 2017 for its Discovery program of relatively low-cost planetary science missions. NASA plans to use a Mars flyby in 2023 for the Psyche mission. The destination asteroid is also named Psyche. The mission is expected to reach its destination by January 2026. The spacecraft will go into orbit around the asteroid, one of the largest in the central asteroid belt between Mars and Jupiter. The asteroid surface is primarily composed of iron and nickel, suggesting that it could be the remnant of a core of a protoplanet that attempted to establish itself there, but failed when the high-speed collisions with other planetesimals broke it apart.

Arizona State University is leading the Psyche mission with Maxar as the prime contractor for the spacecraft. The mission will also carry two smallsat secondary payloads, Escape and Plasma Acceleration and Dynamics Explorers (EscaPADE), which will study the Martian atmosphere, and Janus, which will study binary asteroids.

Lucy, the other mission selected by NASA in 2017 for the discovery program, will visit Trojan asteroids around the same orbit. The contract for the same was awarded to United Launch Alliance in January 2019. The mission is scheduled for liftoff on an Atlas 5 rocket in October 2021.

Following this decision, SpaceX filed a protest with the Government Accountability Office over the contract, arguing it could have launched the mission for less than what was awarded to ULA, USD 148.3 million. ULA asserted that it provided schedule assurance needed for a mission that must be launched in a 20-day window. SpaceX withdrew its protest the following April, nearly two months after it was filed.