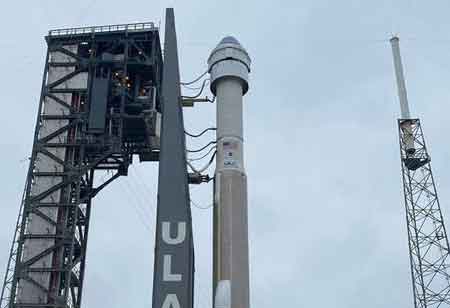 Boeing said that a second software problem was identified with the valve mapping for thrusters on the CST-100, which could have caused the service module to collide with the crew module after separation, jeopardizing a safe landing upon re-entry

Fremont, CA: Following the two significant software errors in Boeing's CST-100 Starliner back in December 2019, the company has implemented rigorous testing methods as the spacecraft nears completion. The failures had led to a short test flight, even opting out of the International Space Station docking. During the test flight, Orbital Flight Test (OFT), a problem in the mission elapsed timer was identified, which kept the spacecraft from performing an orbital insertion burn as planned shortly after separation from the rocket’s upper stage. After investigation, it was determined that the spacecraft’s timer was initialized at the wrong time during the launch countdown, causing it to be off by 11 hours.

The other error was reported to NASA's Aerospace Safety Advisory Panel during a briefing in February. Boeing said that a second software problem was identified with the valve mapping for thrusters on the CST-100, which could have caused the service module to collide with the crew module after separation, jeopardizing a safe landing upon re-entry. "The company is continuing an audit of the software on the spacecraft after two significant errors were found during its two-day uncrewed test flight while making plans to perform more rigorous testing before future missions. We know we need to improve, particularly with rebuilding trust with our customers, and we pledge our discipline and commitment to doing so. We're going to apply additional rigor to systems engineering and software development," said John Mulholland, vice president, and program manager of Starliner.

Engineers had identified the problem during flight, and corrected software was sent to the module just three hours before landing. Mulholland stated that the timing error was not corrected before launch with United Launch Alliance as the company had split the testing of the aircraft into different phases of the mission. As the launch phase tests ended after separation, they were unable to identify the timer issue. “If we would have run the integrated test with ULA through the first orbital insertion burn timeframe, we would have seen that we would have missed the orbital insertion burn because the timing was corrupt,” he added.

Boeing is set to test the Starliner's operations from launch through docking, and from undocking to landing. This was not done in the initial test, as these tests can take more than a day to complete. The valve mapping problem involved the use of a legacy propulsion controller on the service module. The program requires one mapping, which identifies thrusters and valves in the software when the service module is attached to the crew module and another one for use after separation. The error remained unidentified as the controller itself was unavailable for software testing. The controller was then being used for a service module hot-fire test. The emulator that replaced the controller for tests did not allow engineers to spot the missing jet mapping.

The new extensive tests for the Starliner will involve writing millions of lines of code. Mulholland stated that some of the tests were overlooked to cut costs. While the team did an abundance of tests in certain areas, there were still quite a few gaps to fill. Other aspects of the Starliner performed well during the test flight. The engineers are currently investigating a communication issue that hindered initial efforts to recover the spacecraft after the timing problem kept it from performing its orbit insertion burn. The error occurred a total of 37 times during the mission, all but once in the same area. "It’s not clear yet if the problem is caused by interference unique to that area or if the specific selection of antennas for communicating with relay satellites made it more susceptible to ordinary interference. We really need to look a little bit deeper into that before we give any final results," Mulholland added.