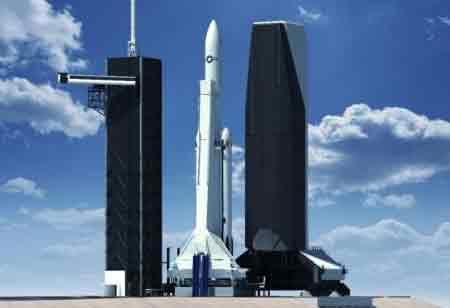 Parsons, on Feb, 27, will officially open a new facility in Torrance, California, for smallsat integration work. Adaptive Launch Solutions, a San Diego-based long time integrator of satellites on ULA vehicles, works on the program as a subcontractor.

Parsons is expected to assemble secondary rideshare payloads for approximately 16 military and civil space missions in the upcoming five years.

Parson’s first integrated small payload for SMC was a 12U cubesat that flew in August with the fifth satellite of the Advanced Extremely High Frequency (AEHF-5) satcom constellation. The Air Force stated that it was the first national security mission in which a secondary payload separated before the primary payload, which will also be attempted in the AEHF-6 mission. The sixth and final satellite of the constellation scheduled to lift off March 19 from Cape Canaveral Air Force Station, Florida.

Though Parsons, being the launch manifest system integrator, is responsible to identify candidate rideshare payloads, SMC has the ultimate authority to select and finalize. However, only government-developed payloads or other developed by companies under government contracts can be considered as eligible to fly on SMC-led missions

Parson’s next project is to build a secondary payload to hitch a ride with Landsat-9, an Earth observation satellite NASA intends to launch in 2021.