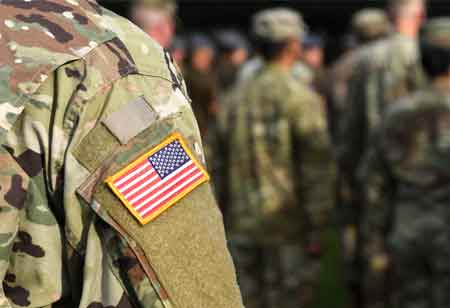 The Department of Defense (DoD) had requested for USD 15.4 billion for the Space Force, the newest branch of the armed forces under the Department of the Air Force, as part of the budget for the fiscal year 2021

Fremont, CA: This year's annual list of unfunded priorities from the U.S. military includes USD 1 billion for Space Force. The single most substantial priority on the bill is the request for USD 255 million for the launch of two GPS 3 satellites. Each year, after the Pentagon's budget request is submitted to Congress, the military services send a separate wish list to Capitol Hill, termed unfunded priorities. The list includes requests for programs that the military would like the Congress to fund, in case the lawmakers decided to add more money to the Pentagon's proposed budget.

Earlier this month, the military services and the Missile Defense Agency submitted around USD 18 billion in unfunded priorities for the fiscal year 2021. “As usual, these lists will have a big impact on the puts and takes the Congress makes to the president’s $705 billion DoD budget request this year,” said Erin Neal, partner at defense and aerospace consulting firm Velocity Government Relations.

The Department of Defense (DoD) had requested for USD 15.4 billion for the Space Force, the newest branch of the armed forces under the Department of the Air Force, as part of the budget for the fiscal year 2021. In a letter sent along with the Space Force's USD 1 billion list of unfunded priorities, Chief of Space Operations Gen. John Raymond said; "the Trump administration’s proposed budget is a great first step towards building the Space Force we need for the future, and we want to continue that momentum."

The Space Force's billion-dollar wish list includes a mix of launch services, satellite upgrades, classified space warfare technologies, and training for space operators. The single most significant request on the list, two GPS 3 satellites, are already under construction at Lockheed Martin's assembly line. However, the launches are yet to be funded. The additional funds will help Space Force to launch the sixth and seventh satellites of the GPS 3 constellation. The first two satellites of this constellation are already in orbit, with three more scheduled for launch in 2020 and early 2021.

Some of the other requests in the 2021 unfunded priorities list include USD 149 million for on-orbit tests of the fifth Space-Based Infrared System (SBIRS) early warning satellite (GEO 5) and the integration of the final satellite of the constellation GEO 6, USD 175 million for satellite communications improvements, USD 110 million for new space situational awareness capabilities, and USD 30 million to speed up the payload development of the Air Force Research Laboratory’s Navigation Technology Satellite-3 (NTS-3).