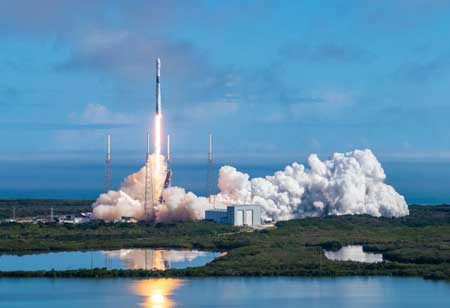 FREMONT, CA: Satellite internet providing startup Astranis raised USD 90 million in new funding round, which included USD 40 million in equity funding and USD 50 million in debt financing. The equity funding round was led by Venrock, with participation from Andreessen Horowitz, which led Astranis' 2018 funding round. The proceeds from the new round will be used to fund the company's first satellite, which is likely to provide internet coverage over Alaska. The funds will also be used to grow the company in the satellite manufacturing business further. As part of the deal, Dan Berkenstock, founding CEO of Skybox Imaging, and Venrock partner Ethan Batraski have joined Aastranis' board of directors.

The USD 50 million debt financing is provided by TriplePoint Capital, an early investor in Facebook and YouTube. To date, the San Francisco-based company has raised USD 108 million. The new funds are also likely to be used for workforce expansion in anticipation of additional satellite orders. The company is also aiming to build, launch, and operate a 350-kilogram geostationary communications satellite by the end of the year.

“We’ve seen a huge amount of customer interest from companies and customers all over the world,” said Astranis CEO John Gedmark. “Between different customers that we’ve been working with, we easily have 20 to 30 satellites worth of interest in the pipeline. This allows us to begin scaling the company up to be in a position to serve all those needs.” To reduce satellite build time from 18 months to 6, the company is expected to focus only on the production of 350-kilogram satellites, in an attempt to standardize production and increase the speed of manufacturing.

The company is looking to position itself as both satellite manufacturer with ready to use made to order satellites to global and regional operators and as a turnkey solution for customers that would instead lease capacity than own and operate a satellite. Astranis has only announced one customer to date, Pacific Dataport, an Alaskan firm that signed on in January 2019 to lease the satellite’s 7.5 gigabits per second of capacity to provide internet service over the Alaskan region. The satellite is slated to launch in the final quarter of 2020 as a secondary payload onboard a SpaceX Falcon 9 rocket.