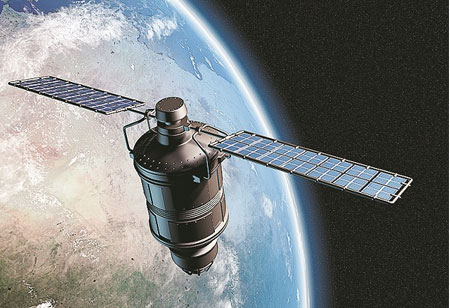 The digital era is here and nearly all day to day functions ranging from applying for jobs to finding a reference to complete the school homework are highly dependent on the internet.

FREMONT, CA: The launch of Sputnik 1 by the Soviet Union triggered the battle for space supremacy in the 20th century. The battle for this century, however, is on a much larger scale, one that involves thousands of satellites. Space tech giants Blue Origin and SpaceX have locked horns in the 21st-century space race, and are competing to enter the orbital space and provide internet to the most remote places on Earth.

With nearly half the world's population, almost three billion, still unable to access the internet, the market has great potential for investment. The digital era is here and nearly all day to day functions ranging from applying for jobs to finding a reference to complete the school homework are highly dependent on the internet. Amazon founder Jeff Bezos believes that the goal should be to make broadband available everywhere.

Over a dozen companies have put in their requests to U.S. regulators for permission to operate constellations of satellites that will enhance internet connectivity. However, the new wave of space-based internet services faces a lot of hurdles. First, there are the enormous costs involved to launch, and then there are the sophisticated technologies involved. Overcome both, and the service provided becomes unaffordable for its very target audience.

Companies like HughesNet and Viasat are presently the big players in the satellite internet markets. The technology used at present involves massive, expensive satellites that are placed 22,000 miles away from the Earth and covers significant territories on the ground. The service, however, is costly, has limited access, comes with data caps and lags, and has very few customers.

The new technology being implied by Amazon's Blue Origin and Tesla's SpaceX involves the use of satellites that are smaller, cheaper, and closer to the Earth. This makes signals travel faster and enhances the experience of users, like gamers who require instant responses. OneWeb, backed by Virgin, Qualcomm, and SoftBank, recently entered the space race and is trying to give competition to SpaceX and Blue Origin.

Despite the entry of big players, satellite-based internet services continue to remain in its infancy stage as there is still a lot of work to be put in before the technology becomes readily available and affordable to all. Traditional satellites were stationary and relatively simple to manufacture. The technique proposed today involves satellites that are much more complicated to construct and are also much costlier. Recently, SpaceX filed for permissions for the U.S. regulators to build 1 million earth stations that would help connect more customers to the internet.

SpaceWorks Enterprises' economic analyst Caleb Williams believes that there is no way this technology will become viable until the cost of production drops. "The logistics of becoming an internet service provider also aren't easy. The new crop of space-internet companies are more likely to set up arrangements with existing telecom companies than try to sell internet service directly because it's easier than setting up a sales and marketing operation of their own," said Williams.