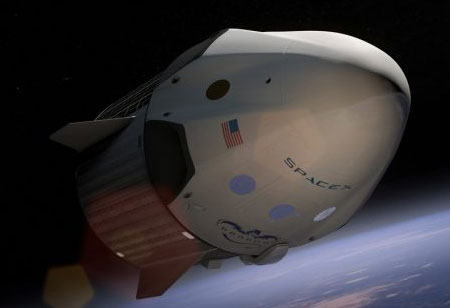 The advent of new technology has revolutionized space travel, entering an era of innovation and change

FREMONT, CA: During the 20th century, the space race was dominated by the U.S. and U.S.S.R., both of whom were competing for technological and military supremacy. It was a space race fueled by the cold war, during a time when only global superpowers had the resources to imagine a space program. Today, the tides have turned with countries like China, Japan, and India having their space agencies and space programs.

The advent of new technology has revolutionized space travel, entering an era of innovation and change. Increasing the capabilities of space flights and making them cost-effective has been one of the significant changes brought about by new space technology. With an increasing number of private companies entering the space market, there is scope for more innovative ideas in the field. Private space companies are now launching satellites, resupplying the International Space Station (ISS), and offering spaceflights to private citizens.

The three biggest space agencies today are NASA in the U.S., Roscosmos in Russia, and European Space Agency (ESA) in Europe. Currently, Roscosmos is the only space agency carrying out crewed missions, after NASA's Space Shuttle Program ended in 2011. Since then, private companies have signed contracts with NASA to provide crew services to the ISS.

The number of private space companies has increased multiple folds over the last two decades. More and more state-run agencies are now depending on private companies to provide technology and support. Companies with extensive experience and resources like Boeing, Lockheed Martin, and Northrop Grumman have been in the market for some time now. However, it is the new startups that are revolutionizing the space sector with their innovative technologies.

Founded by visionary billionaire Elon Musk, SpaceX was launched in 2002 and has gained much traction since. Set up with the vision to colonize Mars, SpaceX has made some considerable progress since its launch, and Elon Musk believes his company could get people to Mars by 2024. SpaceX was the first commercial company to deliver cargo to the ISS and also has an existing contract with NASA to carry humans to the ISS.

The company has achieved great success with their Falcon 9 and Falcon Heavy Rockets. The Falcon 9 rocket has been lauded for successfully re-entering the atmosphere and making a vertical landing in 2015. The Falcon Heavy, launched in February 2018, carried the Tesla Roadster as a test payload. The company is currently working on a new rocket, called the Big Falcon or Starship, which is set to be the biggest rocket ever built, capable of launching crewed missions to Mars.

Launched in 2000, Blue Origin has not managed to grab as much attention as the SpaceX. Founder Jeff Bezos established the company intending to provide access to space to private individuals. Their reusable rocket, New Shepard, has been launched successfully multiple times and has been reusing much of the rocket between launches.

Unlike SpaceX, the company focuses on space tourism services rather than military or science applications. According to Bezos, the best way to further develop space technology is by providing entertainment through space travel. In 2016, the company launched an orbital rocket called the New Glenn and has been successful in signing several customers to use their rocket for launching satellites.

Blue Origin has also created the BE-4 rocket engine, which they plan to sell to various other rocket manufacturers. The company recently announced its new lunar lander, called the Blue Moon, which has been under development over the last three years. This project is also in alignment with NASA's goal of landing a new mission to the moon.

Set out with the aim to fly private citizens into space, Virgin Atlantic was launched in 2004 by Richard Branson as an extension of the Virgin brand into space tourism. The company was supposed to launch its maiden venture in 2009; however, setbacks prevented this from happening.

Concerns for safety were raised after their first test spacecraft crashed in 2014, killing the pilot. The company finally tasted success in 2018, when they successfully launched SpaceShipTwo, a crewed flight that managed to fly 56 miles above the surface of the Earth. Currently, Virgin Galactic dominates the commercial space travel market, with 680 customers already having paid the deposit of USD 200,000 to travel into space.