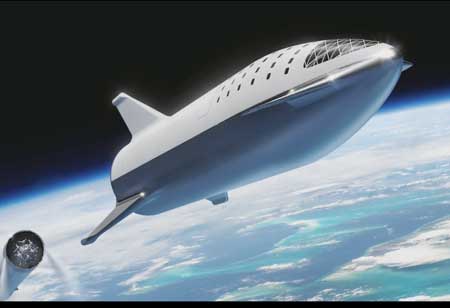 The long-anticipated transfer of VSS Unity from California to New Mexico marks the beginning of the final stage of flight tests of the spaceplane. Virgin Galactic, dubbed as “space valley,” has become an anchor in the eyes of the state officials of New Mexico.

FREMONT, CA: On Feb 13, Virgin Galactic’s VSS Unity, a SpaceShipTwo suborbital spaceplane, attached to its WhiteKnightTwo carrier aircraft, arrived at the company’s spaceport, in New Mexico. It is ready for a series of test flights before the company starts commercial operations.

VSS Unity took off from the Mojave Air and Space Port in California to Spaceport America in southern New Mexico. Virgin Galactic used the flight to perform environmental evaluations of the spaceplane, and to conduct pilot training and familiarization.

The long-anticipated transfer of VSS Unity from California to New Mexico marks the beginning of the final stage of flight tests of the spaceplane.

George Whitesides, chief executive of Virgin Galactic, stated, “We still have significant work ahead, but we are grateful to all our teammates who have made this day a reality.”

Since the last powered test flight of VSS Unity, Virgin Galactic has been making upgrades to the vehicle, such as preparing its cabin for commercial flights.

Beth Moses, the chief astronaut instructor at Virgin Galactic, said at the conference that how the cabin works with several people in it will be tested in the upcoming flights. “We need to increase our passenger density. We’re hoping to refine the bespoke training. With four people in the cabin, how does it work out?” she said.

Virgin, in past investor presentations filed with the U.S. Securities and Exchange Commission, has projected to begin commercial service by June. Though there are not many updates on it, the company may provide a recent update to those plans the time it releases its fourth-quarter and full-year financial results on Feb 25.

Virgin Galactic, dubbed as “space valley,” has become an anchor in the eyes of the state officials. Up Aerospace and Exos Aerospace have executed suborbital vehicle launches from the spaceport. SpinLaunch, a company working on an alternative launch technology, is also developing a testing site there.

New Mexico Gov. Michelle Lujan Grisham stated, “Today marks another step closer: We will have a genuine Space Valley in Southern New Mexico, a hotbed of innovation and achievement and space tourism development.”