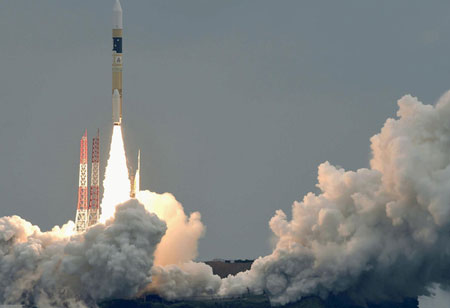 The four companies were identified as Elon Musk's Space exploration Technologies Corp., Jeff Bezos's Blue Origin LLC, Northrop Grumman Corp., and the United Launch Alliance of Lockheed Martin Corp. and Boeing Co. "We are in the middle of evaluating plans submitted last month in response to a request for proposals for National Security Space Launch competitions through 2027," said Lieutenant General John Thompson, commander of the Space and Missile Systems Center. He added that the U.S. Air Force intends to pick two out of the four by the mid-June and that the technical maturity of all the plans submitted by the companies is on track with the requirements of the U.S. Air Force.

The Pentagon certified the Tesla SpaceX project in 2015 for the military space launches held exclusively by United Launch Alliance. The SpaceX project ended up bagging nine out of fifteen launches in the first phase. Meanwhile, Jeff Bezos owned Blue Origin LLC has expressed their disappointment over the project by filing a protest with the Government Accountability Office. According to Blue Origin LLC, the Air Force's request included evaluation criteria that are ambiguous and fail to comply with federal procurement statutes and regulations.

"We spent a lot of time working with the vendor base on what elements would be in the final request for proposals. The Air Force issued multiple drafts after considering more than 1,700 comments," said Thompson. He was also confident about the launches being cost-effective based on data from the first phase of launches. "Across all 15 of those missions, compared to the government budget we had estimated would be required, we saved $670 million, or about 25%. Obviously, there was saving associated with SpaceX, but competition works," Thompson added.

At the same time, the Air Force is also examining the use of the reusable rocket boosters from the SpaceX project. This technology was first demonstrated in June on the Falcon Heavy booster, during a Space Test Program launch for military and civilian agency missions. "All four of the offerers that we anticipate have different business models with aspects that would benefit taxpayers. So reusability is just one way to change the return-on-investment for the vendor and be able to price a little bit differently in a competition,” said Thompson.