The Impact of 3D Printing on the Aerospace Sector 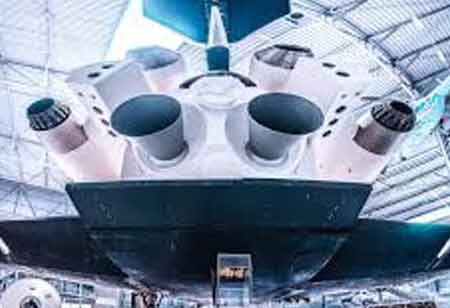 Besides being cost-effective, 3D printing can make parts that are more resilient and lightweight compared to those made by traditional manufacturing

FREMONT, CA: 3D printing was not recognized as a valuable opportunity by most industries until a few years ago. The scenario has changed in recent times, with additive manufacturing proving as a cost-effective solution to many industries. The aerospace industry is one such, which has been leveraging 3D printing since as early as the 1980s. The sector is one of the first to invest on a large scale in the technology. In 2015, the aerospace industry contributed nearly 16 percent of the 3D printing industry’s total revenue of USD 4.9 billion. A recent study indicated that a growth rate of 23 percent could be expected for 3D printing in the aerospace sector between 2017 and 2021. With commercial air travel increasing rapidly, the demand indicates an order of nearly 38,000 new aircraft over the next 20 years. As a result, equipment manufacturers, designers, and suppliers need to find cost-effective solutions to quickly and efficiently produce these aircraft.

The aircraft industry has a shorter lifespan for various parts, making 3D printing a suitable option for the sector. Besides being cost-effective, 3D printing can make parts that are more resilient and lightweight compared to those made by traditional manufacturing. Some companies claim that additive manufacturing can produce weight reductions by nearly 40-60 percent. An average corporate aircraft travels around 75,000 miles in a month. A single air component manufactured using additive manufacturing techniques can reduce air drag by 2.1 percent, which reduces fuel costs by 5.41 percent. Cutting down fuel costs will also lead to reducing the environmental impacts of the aerospace industry.

In an age where conserving the environment is of prime concern, any technology that can minimize the impact on the environment is a splendid deal. Also, 3D printing can produce thousands of parts without relying on expensive tooling changes. Unlike traditional methods, 3D printing enforces a tool-less technology, which requires less energy as modified parts or upgrades can be produced as needed and eliminate the need for costly storage. 3D printing processes can create highly complex and lightweight structures with high stability while allowing for the consolidation of multiple parts into a single component. This results in cost reduction, waste reduction, faster production, greater consistency, and better finishes across the aircraft's surface.