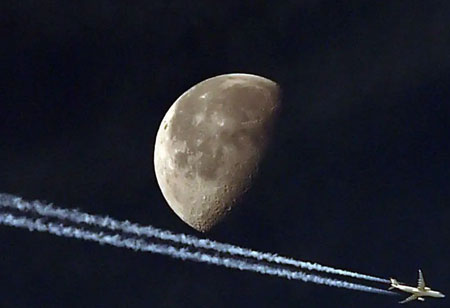 With the Trump administration pushing for a return to the lunar surface in 2020, the competition has risen even more. Amongst all the companies, SpaceX has managed to gain volumes of attention that the others are unable to match.

FREMONT, CA: Over the last two decades, multiple companies have been in a race to establish themselves as the pioneers in space tech. With the Trump administration pushing for a return to the lunar surface in 2020, the competition has tightened even more. Amongst all the companies, SpaceX has managed to gain volumes of attention that the others are unable to match. This can be associated with the rapid pace of growth shown by the company over the last decade.

SpaceX founder, Elon Musk, recently unveiled his new flagship rocket named Starship, which has been designed to take humans to the moon and beyond. Musk believes the Starship rocket will conduct its first orbital flight within six months and will possibly be ferrying passengers to the moon next year. The rocket carries forward the reusable launch systems from the previous models under the SpaceX line up.

The Starship rocket MK1, currently under development in Texas, features three raptor engines powered by cryogenic methane and liquid oxygen. The spacecraft is fifty meters tall and weighs about 1400 tons. The company's super heavy booster installed in the rocket also makes the Starship the largest and most powerful rocket ever built.

The initial testing for the Starship was done using a three-legged prototype model propelled by a single raptor engine, which achieved a flight of altitude of 152 meters. The triple engine Starship MK1 will aim to fly up to a height of 20 kilometers, while the final render of the Starship will be able to deliver a payload of 100 metric tons of mass. To date, SpaceX has completed 78 launches, and CEO Elon Musk believes that the rocket will be ready to carry its first passengers at some point in 2020.

This is the most inspiring thing I’ve ever seen. This is going to sound go nuts, but I think we want to try to reach orbit [1,200 miles] in less than six months. I think we could potentially see people flying next year if we get to orbit in about six months," said Elon Musk. The final prototype of the Starship Rocket will be propelled by 37 engines, which will be capable of providing twice as much as that by NAD.