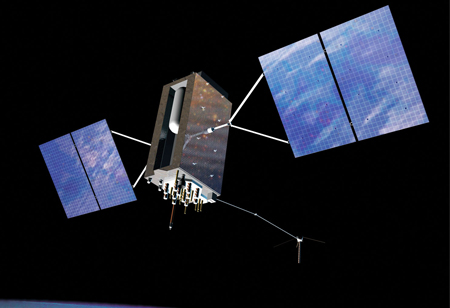 Under the new agreement, Raytheon was awarded a USD 378 million modification to its existing OCX contract to remove the system’s IBM computers and install new Hewlett Packard Enterprise (HPE) hardware

Fremont, CA: The U.S. Space Force's Space and Missile Systems Center announced that the hardware in the next-generation ground control system for the Global Positioning System Constellation would be replaced by April 2022. The agency reached an agreement with Raytheon for the same. Under the new agreement, Raytheon was awarded a USD 378 million modification to its existing OCX contract to remove the system’s IBM computers and install new Hewlett Packard Enterprise (HPE) hardware. The total cumulative value of the OCX contract awarded to Raytheon in 2010 stands at USD 3.7 billion.

“The contract modification will require Raytheon to replace IBM equipment with HPE equipment for all OCX Block 1 deliverable environments by April 30, 2022,' stated the new contract agreement. The Space and Missile Center stated that Raytheon had been directed to remove from the OCX system the IBM computer hardware for security reasons six years after IBM was sold to a Chinese company.

In August 2014, the Committee on Foreign Investment in the U.S. approved the IBMx86 product line sale to Chinese owned Lenovo. As per the agreement, IBM had to support the hardware until August 2022. HPE was selected as the new hardware vendor in 2017. SMC waited to implement the hardware fix until Raytheon showed improved performance in delivering OCX. Raytheon had stated that the OCX 1 would be delivered in June 2021, but the hardware replacement will now add another ten months to the schedule.

“Aligned with our original schedule, we will still deliver a fully qualified Block 1 software baseline capable of operating the GPS constellation to the Air Force in early 2021,” said Raytheon vice president Bill Sullivan. “The insertion of HP hardware requires a 10-month adjustment specifically related to delivering that hardware to operational sites.”

Director for acquisition and sourcing management at the Government Accountability Office Cristina Chaplain stated that the IBM computers would have to be replaced but expected to do that after OCX development was completed. As the program ran years behind schedule, SMC had to come up with a different contracting arrangement to get the hardware change made.