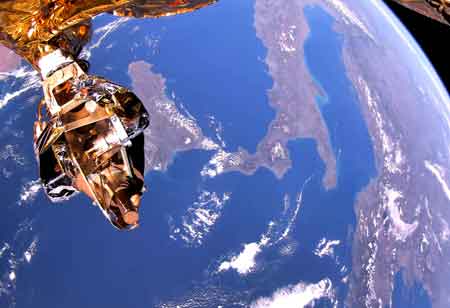 Each of these 16-unit cubesats will be attached to cameras to create EarthTV. This is a video streaming service to “inform, educate, and inspire humanity,” as said by Charles Black, Founder and CEO of Sen. “Video provides a different type of data to what’s currently available in the Earth-observation market. It provides information about our ever-changing world.” he quotes.

Since its inception in 2014, Sen has focused on developing video-streaming technology for satellites. The startup plans to offer its video service free of charge for members and provides a premium service for businesses and other organizations. The firm launched its first batch of six ultra-high-definition cameras in 2019, which were hosted on the payload of a commercial satellite. The steerable cameras, when in orbit, have captured videos of their satellite host and Earth.

“We successfully demonstrated how our system could capture, record, and stream 4K ultra-high-definition video from space,” Black said. “We are exploring a number of opportunities for more camera missions with spacecraft primes interested in deploying cameras for self-inspection.”

The finances of the contract were undisclosed but, NanoAvionics is set to manufacture 16-unit cubesat buses. These cubesat buses will be integrated with Sen’s payload in the company’s European manufacturing and research facility in Vilnius, Lithuania. Simera Sense, a South Africa-based manufacturer, will build ultra-high-definition cameras for these satellites. Each of these satellites will capture images of 1.5-meter, 10-meter, 50-meter, and wide-angle ultra-high-definition quality elucidates Black. He has laid the foundation for a cloud computing startup before the launch of Sen. The British startup, Sen, has confirmed the launch of the first EarthTV satellite in 2021, followed by four more in 2022.

“We are delighted to have chosen NanoAvionics because we feel they are innovative technology and have substantial flight heritage,” Black said.

Sen and NanoAvionics are conducting extensive studies to determine the number of satellites to be launched in the EarthTV constellation. A rough estimate of about 100 satellites is said to be necessary for the completion of EarthTV. For NanoAvionics, the latest contract with Sen is a significant endorsement of nanosatellites and their growing capabilities.