SDA to be moved Under Space Force by 2022 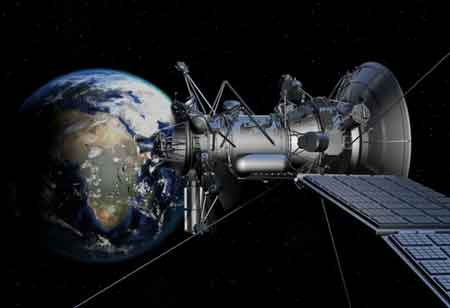 The agency aims to have several dozens of satellites in orbit by late 2022. This will help establish the U.S. government's ability to operate a proliferated constellation that can actively communicate with weapon systems.

FREMONT, CA: The Pentagon's Space Development Agency is accepting ideas for technologies that can be used to build a network of satellites in the Lower Earth Orbit (LEO), which could help the military find targets on the ground and detect enemy missiles in flight. The agency aims to have several dozens of satellites in orbit by late 2022. This will help establish the U.S. government's ability to operate a proliferated constellation that can actively communicate with weapon systems. On January 21st, the agency issued a broad area announcement titled 'National Defense Space Architecture Systems, Technologies, and Emerging Capabilities,' calling out for ideas.

The Space Development Agency (SDA) was established in March 2019, and Derek Tournear was appointed as the director in October. The SDA operates under the office of Undersecretary of Defense for Research and Engineering, Mike Griffin. Under the 2020 National Defense Authorization Act, Congress directed that the SDA should be moved to the U.S. Space Force no later than 2022.

In the fiscal year 2020, the Congress appropriated USD 30.5 million for SDA operations and maintenance, USD 20 million for research and development, and USD 75 million for technology prototyping. With the current funding, the SDA looks to start building its first constellation, called the transport layer, to serve two primary goals; locate targets on the ground and at sea, and track advanced missiles such as hypersonic glide vehicles.

The constellation is planned to consist of a mix of sensing and communications satellites, wherein data collected by sensors can be passed on to communications satellites, sent to commanders on the ground or directly tip and cue missile interceptors. The plan is to grow the constellation over time. By 2024, the SDA aims to have hundreds of satellites to provide regional coverage and expand enough to provide global coverage by 2026. In addition to the battle layer, the SDA also aims to have a battle management layer, a tracking layer, a custody layer, a navigation layer, a deterrence layer, and a support layer.