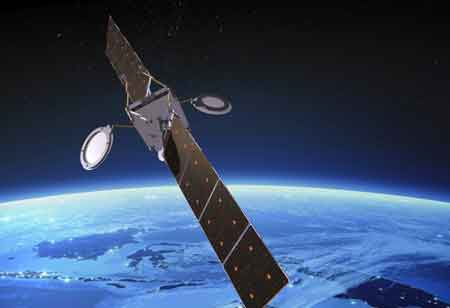 Peraton is an innovative solutions provider for the most sensitive and critical programs in government developed and executed by scientists, engineers, and other experts. Its wide range of services covers satellite and terrestrial communication, network optimization, and managed security services. It also offers digital forensics, threat and vulnerability assessments, and security operations centers, while serving cyber, defense, homeland security, and space, intelligence, and communications markets worldwide.

“As an independent service integrator, Peraton takes a neutral, vendor-agnostic approach to leverage the best technologies available from across the entire commercial satellite industry,” said David Myers, president of Peraton Communications sector. “As a result, customers like AFRICOM are assured a solution tailored to prioritize consistent mission performance, without being dependent on any particular satellite fleet or vendor assets.”

The contract, CTC0307, is the first of its kind to be issued by the command under the Future Commercial SATCOM Acquisition (FCSA) program. It allows Peraton to provide mission partners who are operating in the AFRICOM area of responsibility with the rapid procurement of commercial satellite services to meet enduring and emerging requirements. This includes Ku-band connectivity to U.S. Africa Command, headquartered in Stuttgart, Germany, by leveraging Satcom capacities from different satellite fleet operators. The contract’s timeline is for five years. Also, Peraton’s 24x7 Network Operations Center (NOC) will support the services by a dedicated team of satellite engineers and professionals.

Peraton has been a longstanding partner to AFRICOM for over a decade, providing services that include designing and executing comprehensive end-to-end controlled satellite solutions for an extensive spectrum of applications. It includes tactical ground deployments, airborne ISR connectivity, and multi-domain concentrated communications. It also supports the command under other FCSA task orders and through separate contract vehicles and industry partners.