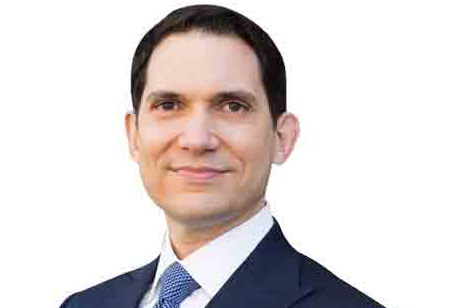 JAXA's Commercial Removal of Debris Demonstration project (CRD2) will comprise of two phases, the first of which has been offered to Astroscale. This will be the world's first debris removal project of a large object.

FREMONT, CA: Tokyo-based Astroscale Holdings Inc. has been selected as the commercial partner for Phase 1 of the Japan Aerospace Exploration Agency’s (JAXA) first debris removal project. The project also marks a milestone for JAXA as Japan attempts to commercialize space debris. Astroscale is one of the market leaders in developing technology and services to remove space debris and ensure long term orbital sustainability.

"This is a big step in moving toward a commercial service for debris removal, and I am very honored that Astroscale has been selected for this collaborative mission with JAXA,” said Nobu Okada, Founder & CEO of Astroscale. "Several countries, including Japan, are taking action by funding missions that support the development of debris removal technologies, and we at Astroscale are excited to help drive the market by providing the most cost-effective and efficient debris removal services.”

JAXA's Commercial Removal of Debris Demonstration project (CRD2) will comprise of two phases, the first of which has been offered to Astroscale. This will be the world's first debris removal project of a large object. The first phase of the project will be demonstrated at the end of the Japanese fiscal year 2022 and will focus on data acquisition on an upper stage Japanese rocket body. "The data obtained in Phase I of CRD2 is expected to reinforce the dangers of existing debris and the necessity to remove them. Debris removal is still a new market, and our mission has always been to establish routine debris removal services in space to secure orbital sustainability for the benefit of future generations. The international community is growing more aware of the risks of space debris, and we are committed more than ever to turning this potential market into a reality,” Okada added.

Astroscale has been handed the task of manufacturing, launching, and operating the satellite that will characterize the rocket body, acquire and deliver movement observational data to understand the debris environment better. The CRD2 project will also help to cement Japan's leadership in developing the technology and policies that will drive growth in the market. Astroscale has been one of the front runners in the space industry to provide a sustainable orbital environment. JAXA's project is a testimony of the same. Recently, Astroscale was awarded a grant of up to USD 4.5 million from the Tokyo Metropolitan Government’s “Innovation Tokyo Project” to build a roadmap for commercializing debris removal services. Astroscale was also listed as one of the Top 10 solution providers in the Space Tech industry by Aerospace and Defense Review magazine.