GEO Satellite Orders Picking up Pace after a Shaky 2017-18 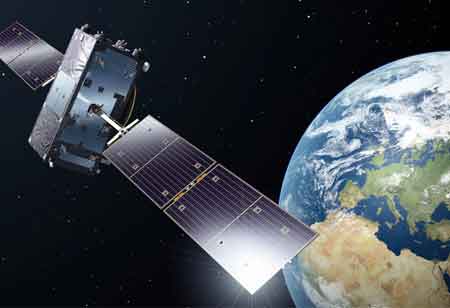 Airbus, Boeing, and Thales Alenia Space have all introduced small geostationary satellites that weigh between 2,000 to 3,000 kilograms to emphasize lightweight design and re-programmability

Fremont, CA: In 2017 and 2018 combined, satellite manufacturers received orders for just 14 GEO satellites, a statistic that worried a lot of manufacturers. Since then, the figure has gone up significantly, with manufacturers receiving 15 orders for geostationary communications satellites and two military comsats in 2019 alone. While the number may be double what was achieved in each of the two previous years, the turnaround has a lot to do with the improved range of spacecraft as well.

The satellites that have been booked in 2019 are spread across a wide range, from the 350 kilograms small GEO satellite ordered by Astranis in January to the heavyweight 6,500 kilograms very high-throughput ViaSat-3 Asia-Pacific satellite booked by Boeing. Airbus Defense and Space received an order from Inmarsat to build three small GEO satellites, weighing approximately 3,000 kilograms each, for the company's new OneSat platform. The satellites have been designed to be small enough to launch all three on a single heavy-lift rocket like the Ariane 64.

The satellites ordered in 2019 are reflective of the diverse spacecraft offerings available today. Startup manufacturer Astranis received the first order for the year from Pacific Dataport for a small GEO satellite. Astranis will operate the satellite for the company that intends to lease the capacity to provide internet in Alaska. Airbus received orders for six GEO satellites n 2019, three for Inmarsat, one for Measat, and two satellites it will build as the lead partner with Thales Alenia Space for Hisdesat.