DSCOVR Brought Back to Working Condition by NOAA Software Update 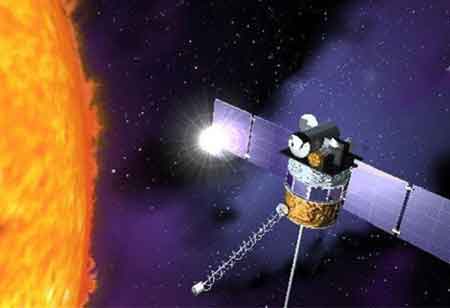 The Deep Space Climate Observatory (DSCOVR) spacecraft, which went into a safe hold, has now been revived and is working in good condition. NOAA engineers who were working on a software fix, updated the system and to release DSCOVR from safe hold

Fremont, CA: A National Oceanic and Atmospheric Administration (NOAA) spacecraft, whose primary role is to provide space weather data and Earth imagery, is back online and in service, after more than eight months gap.

The Deep Space Climate Observatory (DSCOVR) spacecraft resumed its normal operations, according to NOAA, on March 2. Its job, including the provision of key data utilized in space weather observations as well as images of the Earth from NASA’s Earth Polychromatic Imaging Camera instrument.

DSCOVR—which is at present in the Earth-sun L-1 Lagrange point, 1.5 million kilometers from Earth in the direction of the sun—entered the “safe hold” on June 27, disrupting its normal operations. An issue triggered the safe hold with the spacecraft’s attitude control system.

NOAA announced in September that engineers were working on a software fix to resolve the problem. Then, the agency expected the new software to be ready in the first quarter of 2020.

“Bringing DSCOVR operational again shows the unique skills and adaptability of our NOAA and NASA engineers and the care we are taking to get the maximum life from an aging asset,” Steve Volz, assistant NOAA administrator for the same satellite and information service, quoted in a statement about DSCOVR’s recovery.

Even though DSCOVR has its origins in a NASA mission called Triana, almost two decades ago, to provide full-disk Earth imagery, its primary mission is to accumulate space weather data. While the spacecraft was offline, NOAA, as an alternative, used NASA’s Advanced Composition Explorer (ACE) spacecraft to provide the same observations. But, ACE is an aging spacecraft and concerns that been raised about its supposed failure. NOAA would have run short on key data necessary for the forecast of solar storms. NOAA also utilizes the ESA/NASA Solar and Heliospheric Observatory (SOHO) spacecraft to observe the solar corona. Launched in 1995, SOHO is far beyond its design life.

“Should we lose some of those key spacecraft that we talked about, I won’t say we’re blind, but we’re darn close,” said William Murtagh, program coordinator for NOAA’s Space Weather Prediction Center, “It will impact our ability to support this nation’s need for space weather services.”

Ultimately, DSCOVR, along with ACE and SOHO, is scheduled to be replaced by the Space Weather Follow-On L-1 mission by NOAA that is still in its nascent stage of development.