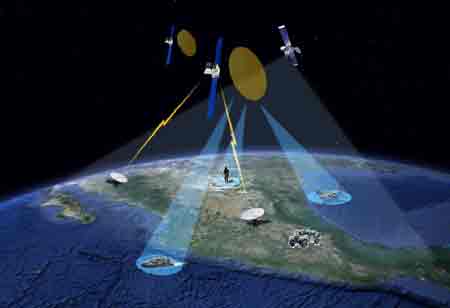 “But if someone comes to me and says, ‘I want one-year on-orbit coverage for a small satellite in low Earth orbit,’ the answer is no,” Richard Parker said. “I can’t charge them today what I perceive the real risk to be.”

Assure Space will write a policy that excludes collision coverage if a client still wants to buy a policy.

“I won’t pay in the event you have a collision in any circumstance,” Parker said. It would not matter whether the client’s satellite was involved in a collision or was hit by debris from a collision that occurred months ago. “It’s not the best insurance policy to buy, I don’t expect to be selling many,” Parker said.

“One had an 18-meter boom,” Parker said. “The other one weighed a ton. If those two satellites had hit each other, it would have been front-page news.”

In September, the European Space Agency moved its Aeolus wind observation satellite to avoid a potential collision with a SpaceX Starlink communications satellite.

People talk about collision avoidance and debris mitigation, but “I don’t see any action happening,” Parker said. Eventually, collisions and the resulting debris fields will make “the entire insurance market pull out of low Earth orbit. I’ve just done it a year or two early,” he added.

Assure Space provides innovative and cost-effective space insurance products in support of space risks and can offer traditional launch and in-orbit insurance for launch vehicles and satellites. It is also developing new insurance products to support such evolving activities such as the assembly and maintenance of orbital facilities, transportation of cargo and crew to and from such facilities, spaceport operations, space tourism, and other space-related activities.