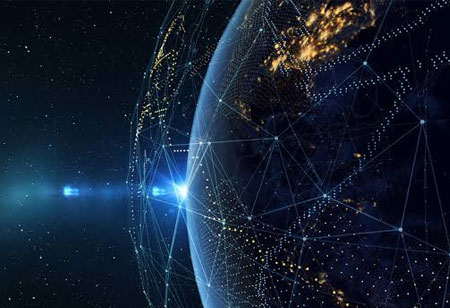 Due to complex research missions, deep space probes tend to generate large amounts of data, which needs to be transmitted back to the Earth. Due to complex orbits and rotations of their host planets, these satellites need to be able to transfer the data within specific windows.

Fremont, CA: From the invention of the wheel to the first atom bomb to self-driven cars, the evolution of the human race has been a technology-driven one. The invention of rocket booster technology during World War II paved the way for the generation of spaceflight. The increased competition between the U.S. and the Soviet Republic fueled technological advancements in the space industry that exceeded their time. The race to stay ahead of one another propelled the nations to send the first man in space and the first man on the moon. As space agencies across the world prepare for further exploration of deep space and uncharted planets, it is without a doubt that Artificial Intelligence (AI) will play a significant role in the development of the future of space technology.

Machine learning simply put down refers to machines that make use of algorithms to identify patterns in data to predict outcomes. Machine learning has already made its mark on healthcare, banking, aviation, and much more. It is no surprise that this technology is expected to be an important factor in future space explorations as it is capable of handling large volumes of data, identify patterns in planetary image datasets, and predict the condition of spaceships. In terms of space exploration, machine learning can be segregated into data transmission, virtual data analytics, navigation, and rocket landing.

Due to complex research missions, deep space probes tend to generate large amounts of data, which needs to be transmitted back to the Earth. Due to complex orbits and rotations of their host planets, these satellites need to be able to transfer the data within specific windows. At the same time, the lag in data transmission depends on Earth's light-year distance from the spacecraft's host planet, which could be months or even years. If the data transmission is unsuccessful, then there is always the risk of the data getting permanently lost in space.

The problem of the distant planet to Earth data transmission can be resolved using smart methods enabled by machine learning. Introduced in 2005, the outer space machine learning application MEXAR2 (Mars Express AI Tool) was launched. The learning system incorporated in this software makes use of the historical data to remove redundant data and pinpoint the download schedule to optimize data packet transmission. This method of outer space data transmission is already in use by NASA and other space agencies in their deep space research programs.

Analyzing the planet's condition and the environment is one of the primary stages for deep space exploration. In the case of Mars, satellites and telescopes have already collected large volumes of data. While images provide as a significant source of data, the tricky part lies in identifying what the image portrays. Here as well, machine learning steps in to make human life more comfortable.

NASA's Frontier Development Lab, along with top tiers technology companies like IBM and Microsoft have collaborated on machine learning for solar storm damage detection, which can target a planet's space weather through the measurement of magnetosphere and atmosphere. This technology can also be used to identify resources and suitable planet landing sites.

When it comes to relative spacecraft and satellite control, every control action chosen requires considering geometric and kinematical location information in an extremely short timeframe. With the number of outer space missions increasing significantly, both in numbers and complexity, there is an increasing demand for self-adjusting machine learning-based navigation capabilities. This could include a series of tasks like orbit adjustments, autonomous navigation, and space station docking.

The NASA Jet Propulsion Lab is known to be already involved in this field. Once again, machine learning emerges as the key technique for measurement and adjustment of a spacecraft's motion with different orbital parameters. The AI-powered algorithms will allow the spacecraft to self adjust orbit and velocity, and can also support ground navigation systems to control a spacecraft's flight path, engine power, and orbital position.

Recent research has been more focused on developing algorithms that increase the level of autonomy for air and space systems. Landing is one of the most challenging parts, and some of the significant issues is the vacuum stage, software errors, guidance, and sensor problems. Machine learning can help smoothen this process. The SpaceX Falcon 9 used machine learning and computer vision to transform space exploration altogether. The rocket made a successful landing at the Cape Canaveral Air Force Station in 2015 by using a convex optimization algorithm, which determines the best way to land the rocket, with real-time computer vision data aiding route prediction. With the help of advanced machine learning, it is now possible to launch and relaunch the same rocket over and over again, a feat that all scientists believe to be a significant one.