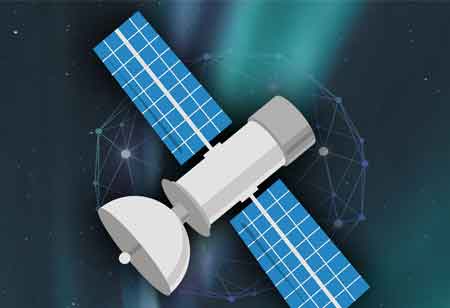 The satellite, which uses a new Neosat satellite platform intended to lower the cost of manufacturing, is funded by the European and French space agencies. The Neosat program aims to give European manufacturers an edge over their U.S. and Asian counterparts

The Eutelsat Konnect marks a technological milestone for Europe and, at the same time, is a tactical gambit for Eutelsat after the company dropped plans to invest in a Viasat satellite two years ago. The satellite, which uses a new Neosat satellite platform intended to lower the cost of manufacturing, is funded by the European and French space agencies. The Neosat program aims to give European manufacturers an edge over their U.S. and Asian counterparts.

The all-electric satellite was built by Thales Alenia Space on its Neosat bus, branded as the SPacebus Neo. The Eutelsat Konnect took four years to build. "Beyond Eutelsat, this is the success of a European dream team," said Yohann Leroy, Eutelsat’s deputy CEO. The Paris -based Eutelsat was initially intended to use the Konnect satellite’s 75 gigabits-per-second of capacity solely to provide internet access in Africa. However, the company canceled plans to invest in Viasat’s one terabit-per-second ViaSat-3 EMEA satellite in April 2018. Later, Eutelsat split Konnect’s capacity to cover Western Europe and get a head start over Viasat, whose Europe, Middle East, and Africa-focused ViaSat-3 satellite isn't expected to launch until mid-to-late 2021.

According to Peter Newell, Eutelsat’s program manager for Konnect, the Ka-band satellite will initially cover 15 countries in Europe and 45 countries in Africa. The satellite's coverage can also be fully reallocated to Africa. The company has a larger very high-throughput satellite called Konnect VHTS planned for launch in 2022. The 500 gigabits per second Konnect VHTS satellite is fully dedicated to European broadband.

Meanwhile, ISRO’s GSAT-30 satellite is a replacement for the 15-year-old INSAT-4A satellite. Similar to its predecessor, the GSAT-30 carries 12 transponders in Ku-band and another 12 in C-band. GSAT-30’s Ku-band coverage is concentrated over India, while its C-band capacity extends out to Europe, across much of Asia and out to Australia. The satellite is built and operated by ISRO and is intended to provide broadcast and broadband communications services.