Chris Kunkle, VP of Operations
It is a no-brainer that aviation is a technologically advanced industry. But when it comes to adopting cutting-edge software solutions to streamline everyday operations, this sector still has not made significant strides. “You can go into an Apple store or Nordstrom’s and see the employees walking around with point of sale devices and printers on their belts. Unfortunately, we are still dealing with writing down meter numbers and hand tickets,” says Chris Kunkle, VP of Operations at Central Coast Jet Center (CCJC). While there are solutions that provide more advanced answers but these systems come at a high price and at a small level—it doesn’t make financial sense yet. That’s where CCJC comes in. “We are fluid in military operations and are one of the few civilian FBOs in the U.S. that can legally perform Rapid Refueling on Rotor and Fixed-wing aircraft,” adds Chris.

We are fluid in military operations and are one of the few civilian FBOs in the U.S. that can legally perform Rapid Refueling on Rotor and Fixed-wing aircraft


The Kunkle’s are a three-generation aviation family. It started with James K Kunkle, a decorated WWII P-38 Lightning Fighter Pilot. When he retired from the Air Force, James opened up multiple aircraft dealerships and an FBO in the Los Angeles area. That’s not all! He also developed airports and airport facilities along with his son Jim Kunkle—who finally led the foundation of CCJC in 2003. “Having the family feeling at Central Coast Jet Center is very important to how we operate and treat our customers. We pride ourselves on the ability to tackle any customer’s needs and make intime decisions. This sets us apart from larger corporate businesses,” mentions Chris.

Honing such capabilities, CCJC has gleaned a legion of clients over the years. For example, when in 2019, Airborne Tactical Advantage Company was faced with runway closures at NAS Pt. Mugu, they needed to operate regardless of airport situations. CCJC was contacted with a request to support their operations for three to four months until the construction was completed. Jim and Chris quickly jumped on the tasks of finding them the necessary ground support equipment and provided them with two air start units, tugs, and towbars that worked with their aircraft. Additionally, CCJC was able to help them with hotel accommodations, rental cars, and meals for their twentyplus crew members. They arrived in December and departed in March with multiple flight operations per day, including runway support to collect aircraft drag chutes. The small business “can do” spirit was able to bring in this high profile, critical military operations to a small central coast community and operate flawlessly for three months.

For the future, Central Coast Jet Center is planning some major construction projects to enhance customer experience. They are also aiming to expand the hangar facilities in order to accommodate more corporate aircraft. “As a progressive business, we are always looking for new technology, methods, and strategies to run more efficiently while keeping our known level of customer service,” concludes Chris. 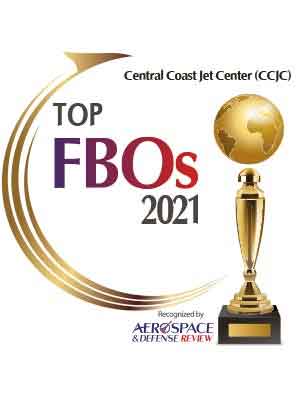 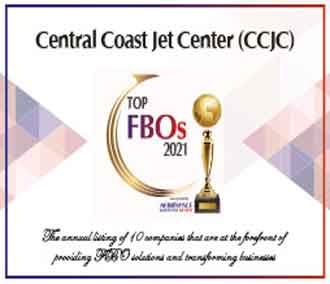 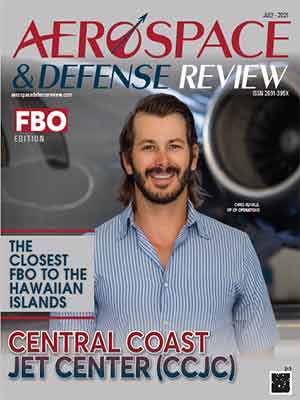 "We are fluid in military operations and are one of the few civilian FBOs in the U.S. that can legally perform Rapid Refueling on Rotor and Fixed-wing aircraft"