AFuzion: Safety-Critical Services and Products for the Aviation Industry

Vance Hilderman, CEO
The aviation industry has always been subject to stringent quality and safety standards. With human lives at stake, even the smallest margin of error can lead to a fatal accident. As a result, aviation/avionics companies must acquire all necessary certifications before an aircraft hits the runway. Be it the largest Boeing/Airbus aircraft, the new flying eVTOL taxis, military aircraft, or even UAVs, thousands of aviation development companies are working on improving the safety, efficiency, and certifiability of these aircraft. Helping the world’s leading aviation companies with these requirements is AFuzion—a company that provides safety-critical services and products, including engineering augmentation, training, Gap Analysis, certification, mentoring, auditing, and software outsourcing. With a remote and on-site presence in over 30 countries, AFuzion works with 75 percent of the world’s top 400 aviation and avionics companies.

AFuzion’s team of senior engineers brings over 1000 years of combined aviation development expertise. The team works on safety, software, and hardware for avionics, such as flight controls, guidance systems, and electric hybrid engines, ground-based systems assisting in navigation and control, as well as satellite systems. “Our clients use not only our engineered designs but also our processes. We offer plans, frameworks, standards, templates, and checklists that over 220 companies use worldwide,” says Vance Hilderman, CEO at AFuzion. The company’s safety-critical/aviation certification planning templates and checklists are used by 7,000 engineers worldwide in 25 countries for most certification agencies, including the Federal Aviation Administration (FAA), European Union Aviation Safety Agency (EASA), National Aeronautics and Space Administration (NASA), Civil Aviation Administration of China (CAAC), the U.S. Army, and more.

The company also provides on-site and remote training. AFuzion trains 1,000 engineers per month and has already trained over 25,000 engineers—more than all its competitors combined. This is managed through its team of engineers distributed all around the globe. In addition, the company’s proprietary Gap Analysis identifies the gaps in clients’ DO-178C, DO-254, DO-278A, DO-200B, DO-326A or ARP4754A engineering processes and discerns clear steps to optimally close those gaps. AFuzion also offers a remote mentoring package on a monthly basis, wherein experts are available according to the client’s requirements.

Having served nearly 450 different clients, AFuzion boasts of a 100 percent client retention rate, which is a testament to its success. “We don’t advertise frequently. We don’t talk about ourselves. The world talks about us,” says Hilderman. When the world's largest communication satellite company was looking to manufacture manned satellites and comply with government regulations, they looked up to AFuzion. Seven senior engineers from AFuzion were hired for a period of two years, and they successfully completed the project for NASA. The company is also recognized as a key supplier for NASA. In addition, AFuzion has been selected by the world’s largest operator of military aircraft, the U.S. Army, to perform training, engineering augmentation, and audits. “The U.S. Army has standardized our development frameworks, including processes, plans, standards, and checklists. Thousands of U.S. military pilots and engineers rely each day on AFuzion's expertise. Also, six of the largest Electric Vertical Takeoff and Landing (eVTOL) aircraft developers have selected AFuzion to help them design and certify their next generation aircraft,” notes Hilderman.

In an industry striving to achieve sustainability and reduce carbon footprint, AFuzion leads the charge by helping certify electric hybrid engines and ensuring that electric aircraft are in safe and working condition. Last year, the company assisted with the certification of the world’s first electric aircraft in Europe. While the COVID-19 pandemic shut down the aviation industry for several months, AFuzion maintained a growth rate of 40 percent plus for the seventh consecutive year. The company has also been noted as the fastest-growing aviation certification services company for three years in a row. “For a small company like us, we have a remarkable footprint in the industry and worldwide recognition,” Hilderman remarks.

During the pandemic, AFuzion was quick to adapt to remote working conditions and maximize efficiency. “If you have to show up at the customer’s facility every day, it means you don’t have a plan. Remote work at AFuzion has been highly efficient as our employees leverage AFuzion’s planning process,” says Hilderman.

AFuzion is set to announce six new partnerships with industry-leading development companies. The company will also be launching new products for artificial intelligence and agile programming as well as advanced industries—ground-based and satellite-based aviation industry, including small and large UAVs. 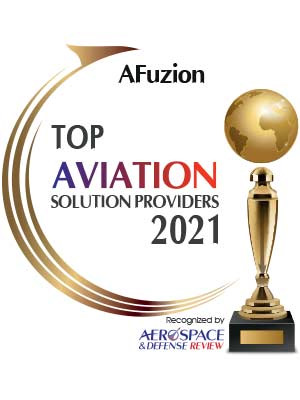 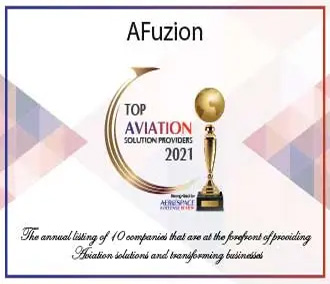 "Our clients not only use our engineered designs, but also our processes. We offer plans, frameworks, standards, templates, and checklists that over 220 companies use worldwide"