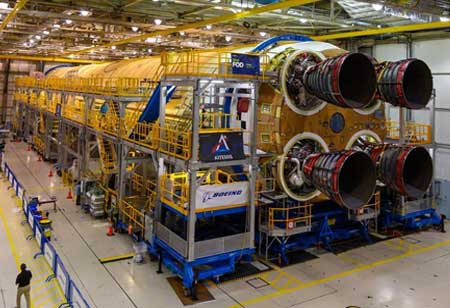 Fremont, CA: The Founder Institute accelerated its operations in almost 180 cities across the globe, in order to establish a new program in tie-up with the NASA Ames Research Center. The Founder institute announced the open implementation of the highly advanced technology, which are specifically developed for the aerospace, outer space, as well as the frontier technologies organizations that did not raise any seed funding till the current year. However, the frontier technologies can be broadly categorized into Artificial Intelligence, quantum computing, drones, and other such emerging technologies.

With the help of the accelerators, the founders of the new institute will meet up with the mentors as well as with the advisors such as the managing director of the Silicon Valley Space Center, Sean Casey, the CEO of Ceres Robotic, Micheal Sims and also the commercialization specialist of NASA Ames, Arundhati Banerjee.

Moreover, The Founder Institute allows the entrepreneurs to identify the ways in which the NASA Ames technology will help in driving their business, thereby licensing the technology.

As stated by Kimberly Minafra, the software specialist at NASA, NASA is known for its constant efforts in developing highly innovative technology for Space as well as aeronautics. He also added that they are pleased to work with the Founder Institute and to help the startups to connect and commercialize the new technologies developed by NASA to enrich the quality of life on earth.

As per the CEO of Founder Institute, Adeo Ressi, in order to colonize Mars and start the system of living a healthy and sustainable life on Mars in the coming period of 10 years, it is necessary to have a moon base, for which NASA would require more than a thousand companies involved in effectively working in space.