SpaceX makes History as Crew Dragon Docks with the ISS 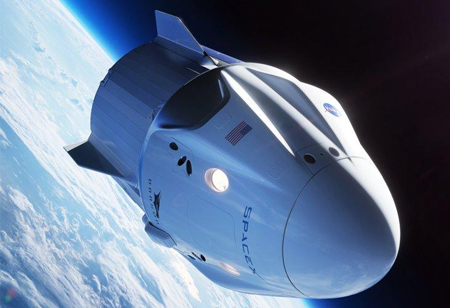 The landmark launch took place on the second attempt for the Demo-2 mission, as the first attempt was scrubbed off on May 27 just twenty minutes before the launch due to inclement weather. The weather, for this launch as well, was not the most favorable leading up to the launch, with only 50 percent acceptable weather conditions

Fremont, CA: The first crewed orbital space launch from the United States since 2011 took place on May 30, when a SpaceX Crew Dragon Spacecraft launched into orbit with two NASA astronauts onboard for the International Space Station. The spacecraft was lifted off on Falcon 9 rocket from Launch Complex 39A at the Kennedy Space Center. The Crew Dragon spacecraft dislodged from the launch vehicle twelve minutes into the flight, after achieving Low Earth Orbit (LEO).

“I’m really quite overcome with emotion,” said SpaceX Chief Executive Elon Musk, who founded the company in 2002. “It’s been 18 years working towards this goal. It’s hard to believe that’s happened.” The landmark launch took place on the second attempt for the Demo-2 mission, as the first attempt was scrubbed off on May 27 just twenty minutes before the launch due to inclement weather. The weather, for this launch as well, was not the most favorable leading up to the launch, with only 50 percent acceptable weather conditions. Through the afternoon, the conditions improved, allowing the launch to take place.

“This has been a long time coming,” said NASA Administrator Jim Bridenstine. “It’s been nine years since we’ve launched American astronauts on American rockets from American soil, and now it’s done. We have done it.” The Crew Dragon docked with the International Space Station on May 31, after a 19-hour flight. Astronauts Bob Behnken and Doug Hurley will remain on the station for up to four months to assist the one NASA astronaut currently on the station, Chris Cassidy, while the next Crew Dragon is prepared for a launch now scheduled for no earlier than August 30.

According to the astronauts' report a few hours after launch, the spacecraft had been named the Capsule Endeavour and is in good working condition. According to NASA, a previous uncrewed test flight, Demo-1, was successful in docking with the International Space Station last year.

"You always learn something with spaceflight, and now having a crew on board, and understanding how the crew and the spacecraft operate as a system, and then how that total system works approaching the station, is another big thing that we're learning," said Kathy Lueders, NASA commercial crew program manager, during the press conference. "The spacecraft’s extended stay at the ISS, which could be up to four months, is also a huge learning opportunity for us to see how well the Crew Dragon and ISS operate as an integrated system."