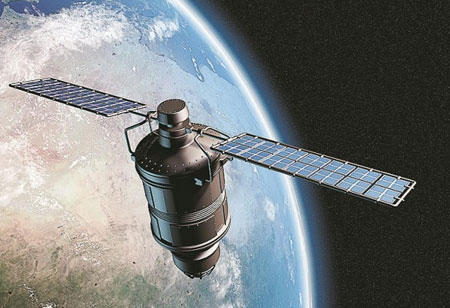 Currently, Relativity Space is building the world's first autonomous rocket factory and launch services for satellites. The company was founded in 2015 to become the first company in the world to launch an entirely 3D printed rocket to orbit and enter commercial service by early 2021.

Currently, Relativity Space is building the world's first autonomous rocket factory and launch services for satellites. The company was founded in 2015 to become the first company in the world to launch an entirely 3D printed rocket to orbit and enter commercial service by early 2021. Since closing Series B funding in March 2018, the company has achieved critical milestones across product development, government partnerships, and business momentum.

"Relativity was founded with the long term vision of 3D printing the first rocket made on Mars and expanding the possibilities for human experience in our lifetime. With the close of our Series C funding, we are now one step closer to that vision by being fully funded to launch Terran 1 to orbit as the world's first entirely 3D printed rocket," said Tim Ellis, Co-founder, and CEO of Relativity Space. "Bond and Tribe are unrivaled partners in leading this funding round, and we are excited to build this important future together with our entire team."

Known for reinventing common trends, the company revolutionized both rocket and manufacturing value chain soon after its launch. The Stargate factory, currently under development, will be the first and only aerospace factory to integrate machine learning, software, and robotics with metal 3D printing technology. This will enable the company to build and launch rockets within days instead of years. Relativity's Terran 1, developed under 60 days with a payload capacity of 1250 kg, has now been upgraded to a 3-meter payload firing and two times more volume than before.

"We are excited to complete the development of Terran 1, providing an entirely new value chain for our customers. As we build Terran 1, we will continue to expand the Stargate factory, achieving another milestone towards our long term vision," said Jordan Noone, Cofounder more and CTO of Relativity Space. The company developed its Stargate factory to expand print production by four times. They have also invested in the development of several next-generation Stargate 3D printers with optimized controls and software, which improve scalability and adaptability towards evolving customer needs.