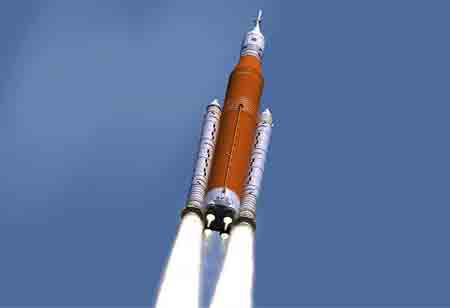 Orion landed at Plum Brook in November for electromagnetic environment testing and thermal vacuum. It will then return to the Neil Armstrong Operations and Checkout Building there for final processing for its launch

FREMONT, CA: The Orion spacecraft that is scheduled to fly on the first launch of the Space Launch System has completed testing at an Ohio facility. It will soon be brought back to the Kennedy Space Center for final launch preparations.

A ceremony held by NASA on March 14 at Plum Brook Station in Sandusky, Ohio, run by the Glenn Research Center, marked the completion of environmental testing of the Orion spacecraft that is to fly the Artemis 1 mission. Orion landed at Plum Brook in November for electromagnetic environment testing and thermal vacuum.

Jules Schneider, director of assembly, test and launch operations for Orion at Lockheed Martin, said in an interview that the tests were successful. The thermal vacuum tests, in which the spacecraft was

subjected to temperatures ranging from about 155 to 150 degrees Celsius, were finished in 47 days instead of the expected 63 days.

The other set of tests were held to evaluate electromagnetic interference and compatibility of spacecraft systems. Those took a little longer than expected, being completed in 13 days instead of the planned eight.

Jules Schneider said that those tests revealed no major issues with the spacecraft. He said, “We learned some things, but nothing jumped out at us. We didn’t discover anything that was going to pose major problems for us to operate the spacecraft, things that would force us to go back in and either change the design or the location of anything.”

With the completion of testing at Plum Brook, NASA will ship the Orion back to the Kennedy Space Center in about a week on a Super Guppy aircraft. It will then return to the Neil Armstrong Operations and Checkout Building there for final processing for its launch. That work may take between two and four months. Despite the massive impacts on the coronavirus pandemic, Lockheed is preparing to continue that work.

NASA has not yet declared a new launch date for the Artemis 1 mission, which had earlier been scheduled for late 2020. However, Steve Jurczyk, NASA Associate Administrator, said in late February that the launch would likely take place in mid or late 2021.