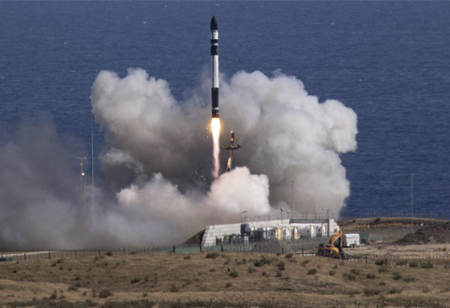 Fremont, CA: California-based Rocket Lab secured contracts from the National Reconnaissance Office for a pair of Electron launches intended to demonstrate the company’s responsive launch capabilities. The Electron launches will take place from the company's launch pads in New Zealand, named as LC-1A and LC-1B. During a demonstration of the company's responsive launch capabilities, Rocket Lab stated that the two launches would take place within weeks of each other. However, Rocket Lab CEO Peter Beck hopes the time between the two launches is much less than that.

“We’re looking forward to having two vehicles sitting on two pads simultaneously, and we’ll see how close together we can actually get them to launch,” Beck said. “We’re planning internally to see how close we can get those two together.” Conducting back to back launches will help demonstrate the company's capability to launch national security payloads swiftly. “It’s going to be a significant milestone for us and the NRO to demonstrate true responsive space in action,” Beck added. “When it comes to national security, there shouldn’t be any waiting room to get into orbit.”

The NRO had previously used Rocket Lab's Electron rocket for launching three payloads on June 13, and another payload on the previous Electron launch in January. Although the NRO has been a significant customer for Rocket Labs off late, Beck believes that the company has good relationships with commercial customers and other U.S. government agencies, including DARPA, NASA, and the U.S. Air Force. "We love working the NRO. They're a great bunch of guys. They're performing just an incredibly important need for national security,” Beck said.

The announcement of New Zealand being COVID-19 free has led to rocket Lab ramping up its launch activities in general as it returns to normal operations. The next Electron launch is scheduled for July 3 and is set to carry seven commercial satellites. The primary payload is an imaging satellite developed by Canon, with Planet flying five of its SuperDove imaging cubesats as well. The seventh satellite is Faraday-1, a cubesat developed by British company In-Space Missions designed to carry a variety of hosted payloads. If the launch happens at the scheduled date, it will mark a new record for the company with a turnaround between launches of less than three weeks. “The next launch after that will be an even shorter turn,” Beck added. “We’ll be at a very quick pace from here on through the rest of the year.”