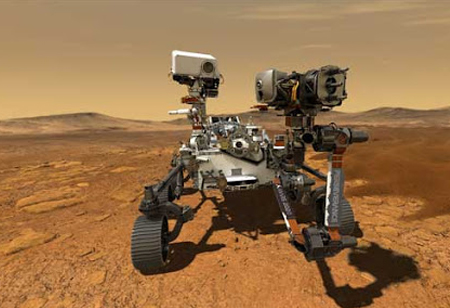 The independent review is expected to last eight weeks. Its preliminary results will be briefed to NASA after six weeks.

Fremont, CA: NASA declared on August 14 that it would establish a Mars Sample Return Independent Review Board to examine the agency’s current plans to return samples from Mars, which began with the Mars 2020 mission launched on July 30. The board will be led by David Thompson, the former president of Orbital ATK, who retired after Northrop Grumman acquired his company in 2018.

Thomas Zurbuchen, NASA associate administrator for science, made a request of the independent review based on the experience with similar reviews of other programs, including the Nancy Grace Roman Space Telescope. That mission, formerly known as the Wide-Field Infrared Survey Telescope, had been through a similar review in 2017 when it was facing cost overruns.

However, the overall Mars Sample Return endeavor will likely cost over $7 billion between NASA and the European Space Agency, which is collaborating on the campaign. Mars 2020 has cost $2.4 billion to build, plus $300 million for its first Martian year of operations.