NASA Approves Development of WFIRST despite Possible Cancellation by Administration 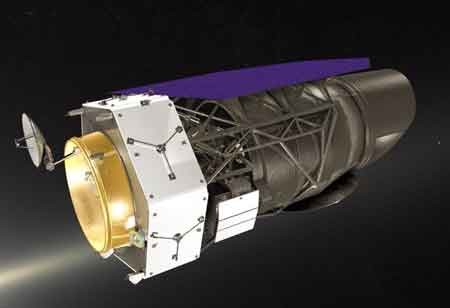 Astronomers have fought to preserve WFIRST, mentioning its standing as the top-ranked large astrophysics mission in the 2010 astrophysics decadal survey, and with the ability to perform research on topics ranging from dark energy to exoplanets

Fremont, CA: NASA has approved a major astrophysics mission to go into the next phase of its development despite the administration seeking to cancel it once again.

NASA announced that the Wide Field Infrared Survey Telescope (WFIRST) had passed a review known as Key Decision Point C, which confirms development plans for the mission and allows it to move into full-scale hardware production and testing.

The agency also sets a baseline cost and schedule commitment for the mission. The mission would cost $3.2 billion through its launch, a cost cap previously set by NASA. The cost, when including five years of science operations, as well as a coronagraph instrument, deemed a technology demonstration by NASA, increases to $3.934 billion.

The Trump administration’s federal budget request for the 2021 fiscal year proposes terminating WFIRST entirely to allow for funds to move forward on the James Webb Space Telescope, a flagship mission that would study the early universe.

“The Administration is not ready to proceed with another multi-billion-dollar space telescope until Webb has been successfully launched and deployed,” NASA said.

This is not the first time that the administration cancelled WFIRST. NASA’s fiscal year 2019 and 2020 budget proposals sought no funding for the mission, citing a lack of appetite to pursue a flagship-class mission like WFIRST, given the delays and overruns for JWST. In both cases, Congress overruled the administration and provided funding for WFIRST, including $510.7 million in 2020.

“While WFIRST is on schedule and on budget for a Fall 2025 launch, we need to again ask Congress to restore the mission to the Federal Budget,” said David Spergel, an astrophysicist at Princeton University and the Flatiron Institute who co-chairs the WFIRST science team.