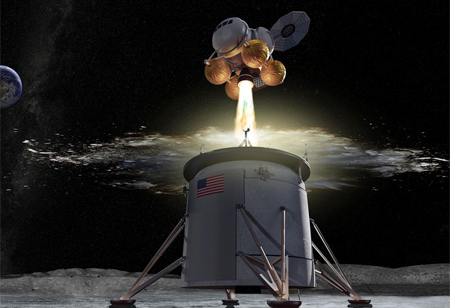 Currently, NASA is dealing anther issue in the form of the independent review of the Center for the Advancement of Science in Space (CASIS), the organization that runs the portion of the ISS designated a national laboratory

Fremont, CA: NASA is planning to implement changes in the structure of its human spaceflight directorate in the coming weeks, including moving a scientific research program to another part of the agency. During an online meeting of the National Academies’ Committee on Biological and Physical Sciences in Space, Craig Kundrot, director of NASA’s Space Life and Physical Sciences Research and Applications Division, announced a reorganization of the agency’s Human Exploration and Operations (HEO) Mission Directorate to be implemented soon.

"Those changes are the work of Doug Loverro, who took over as the new associate administrator for human exploration and operations four months ago. He’s bringing a fresh perspective and is now transitioning from learning about the organization to beginning to execute changes," stated Craig. "Those changes include unspecified changes in the structure of the directorate, which oversees the International Space Station, commercial crew and cargo programs, and the various elements of the Artemis effort to return humans to the moon, such as the Space Launch System and Orion spacecraft."

Craig, however, did not go into the specifics of the changes except for one, where his division will likely be moved out of HEO, where it has been for the last 15 years, into the Science Mission Directorate. He stated that there was a particular cultural aspect to these moves; including more closely tying the research done in his division with the agency’s other science divisions. The reorganization may also be linked to other changes such as revisions to the Artemis program that includes taking the Gateway out of the critical path for a human return to the surface of the moon by 2024. NASA is expected to announce those changes, as well as awards for human lunar lander study contracts, by mid-April.

Currently, NASA is dealing another issue in the form of the independent review of the Center for the Advancement of Science in Space (CASIS), the organization that runs the portion of the ISS designated a national laboratory. In August 2018, the agency had announced it was initiating that the review to ensure it is on track and appropriately resourced to produce breakthroughs that can improve lives on Earth. At that time, NASA expected the review to be completed within four months.