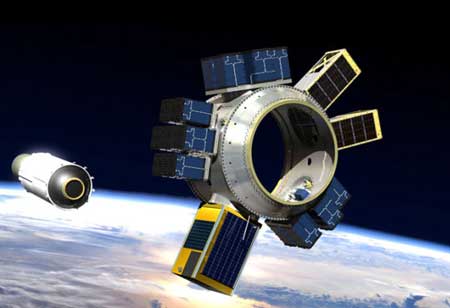 The company is recognized as a leading broker for smallsat launch services, primarily as secondary payloads on a range of launch vehicles. It has arranged the launch of 271 satellites on 29 missions, including SSO-A, a dedicated smallsat rideshare mission that flew 64 smallsats on a single Falcon 9

FREMONT, CA: Spaceflight Industries has decided to sell its smallsat rideshare launch service business to a pair of Japanese companies, shifting its focus towards its BlackSky geospatial business. The company announced that Mitsui & Co., Ltd. and Yamasa Co., Ltd. would acquire the rideshare business, known as Spaceflight Inc., for an undisclosed amount. The deal is expected to close in the second quarter of the year once a review by the Committee on Foreign Investment in the United States (CFIUS) is completed, to examine any national security implications of the sale.

"This is an exciting and monumental development for Spaceflight Industries, especially for our launch business," said Curt Blake, president, and chief executive of Spaceflight. “The acquisition provides an opportunity to be a part of a high-growth international portfolio, which offers deep expertise and investment opportunities.” The proceeds from the deal will be used to accelerate the growth of BlackSky; it's geospatial intelligence business that is developing a constellation of high-resolution imaging satellites. Currently, BlackSky has four satellites in orbit with another eight scheduled for launch this year.

Post the deal, Blake will remain president and chief executive of Spaceflight, which shall continue to operate as an independent U.S.-based company, headquartered in Seattle. A new board of directors will be formed, the majority of which will be U.S. citizens. The company is recognized as a leading broker for smallsat launch services, primarily as secondary payloads on a range of launch vehicles. It has arranged the launch of 271 satellites on 29 missions, including SSO-A, a dedicated smallsat rideshare mission that flew 64 smallsats on a single Falcon 9.

“The acquisition of an industry leader is an optimal way for Mitsui & Co. to enter the space industry and expand its business by offering greater access for customers considering utilizing services related to space,” said Tomohiro Musha, general manager of aerospace systems and rail leasing division in Mitsui & Co. After the acquisition is complete, Spaceflight will utilize Mitsui’s network to develop and expand new services to better meet customer needs, while further collaborating with Japanese satellite development companies, launch operators and other stakeholders in the space industry.

The acquisition is an attempt from Mitsui & Co. to establish itself in the space market. The conglomerate is involved in various sectors ranging from iron and steel to healthcare and information technology. Previously, it participated in Spaceflight's USD 150 million Series C round of financing in March 2018.