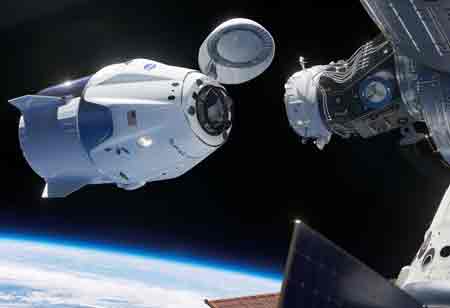 MinoSpace has secured $14.2 in series A round of funding, which the satellite company will use to develop larger satellite platforms

Fremont, CA: MinoSpace, a Bejing-based private satellite company, secured $14.2 million in Series A round of financing led by investment firm Billionhome Capital. The company intends to use the funding capital for the development and launch of satellites with masses of 200 kilograms and above.

The company, also known as Weina Star Technology Co., Ltd., is focused on developing platforms and payloads for its clients, rather than constructing its constellations. It also develops ground station equipment.

The firm joins fellow Chinese startup Spacety, based in Changsha, in making the move to develop larger satellite platforms. Both companies started out developing and launching CubeSats for clients.

The move to larger satellites could bring the startups into some level of competition with state-owned space giants and their offshoots. The China Aerospace Science and Technology Corp., (CASC), the country’s primary satellite producer, focuses mainly on larger satellites and spacecraft for civil and national defense purposes. Major defense contractor and missile maker China Aerospace Science and Industry Corp., (CASIC), and the Chinese Academy of Sciences (CAS) also produce satellites at a range of masses.

The distinction between state-owned and private-owned companies is blurred to some degree in this context. Investors in MinoSpace include CAS Star, a venture capital firm linked to the Chinese Academy of Sciences Holdings Co., Ltd. One of its shareholders, the Hubei Changjiang Aerospace Industry Investment Fund, has shareholders including CASIC and its subsidiary Sanjiang Space Group Corp. CASIC Capital is also reported as an initial investor in MinoSpace.

Company founder Wu Shufan earlier worked as an engineer at the Engineering Center for Microsatellites under CAS and also worked at ESA’s European Space Research and Technology Center (ESTEC) before this.

Private investment in some areas of China’s space sector has been possible since 2014. The commercial space sector has since expanded rapidly following further policy support. Additionally, ‘military-civil fusion’ helps facilitate the transfer of restricted technologies as part of a national strategy to boost innovation and collaboration between the two spheres of activity.