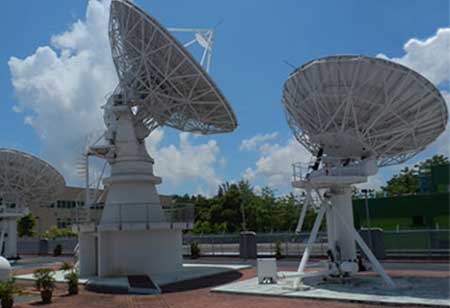 “The addition of ASC provides an important building block for Kratos' continued growth as the industry's broadest supplier of advanced products across the ground segment," commented Phil Carrai, President of Kratos' Space, Training and Cybersecurity Division.

Fremont, CA: On June 16, Kratos Defense & Security Solutions declared that it is about to acquire satellite antenna manufacturer ASC Signal from Communications & Power Industries for $35 million in cash.

ASC is a renowned manufacturer of high-performance, highly engineered antenna systems for satellite communications, electronic warfare (EW), radar, and high-frequency (HF) applications. The transaction is expected to wrap up within the next 60 days, subject to normal and customary closing conditions and regulatory approvals.

Based on an agreement with the U.S. Department of Justice, CPI had to sell its subsidiary ASC Signal to allow CPI to acquire General Dynamics SATCOM Technologies.

The antitrust division of DOJ said that the sale of ASC Signal makes sure that the Department of Defense and other purchasers of large geostationary satellite antennas continue to benefit from competition in the market.

The products, business and North American manufacturing operations that Kratos is taking possession of bring 60 years of innovation in antenna products used in a variety of mission-critical space applications ranging from Telemetry, medium (MEO) and geostationary (GEO) orbits, Tracking & Command (TT&C) to Satellite Communications and Earth Sensing & Observation for military and commercial satellites in low (LEO).

The acquisition brings numerous alliances to Kratos' core space business. The part of Kratos focused on antennas that have specialized in planning and implementing full-scale large, complicated systems for which the antennas are just a part, and often employing antennas from various manufacturers. The ASC antennas will be helpful to extend that business, particularly among U.S. government and national security sectors.

"The addition of ASC provides an important building block for Kratos' continued growth as the industry's broadest supplier of advanced products across the ground segment. Beyond the strong product lines and North American manufacturing base, it brings the ability for us to advance our strategy of building important ground segment technologies directly into antennas and better integrating antennas into increasingly virtualized ground systems. In addition, the acquisition brings engineering expertise and a product platform for growing Kratos' solutions in the Q and V band markets that will become a critical part of the industry's future," commented Phil Carrai, President of Kratos' Space, Training and Cybersecurity Division.