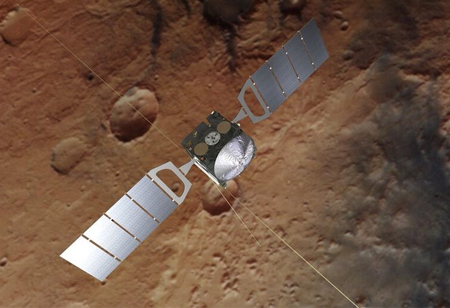 With one of the employees testing positive for COVID-19, the ESA was forced to put a hold on the missions and devote its workforce to other missions

Fremont, CA: The European Space Agency (ESA) has restored operations of four of its space science missions that were halted due to the coronavirus pandemic. Experts believe that the agency's actions can have a severe impact on other agencies around the world. The ESA announced the suspension of operations of the Cluster, ExoMars Trace Gas Orbiter, Mars Express, and Solar Orbiter missions on March 24, putting them into safe mode for indefinite durations. During this period, the agency placed staffing restrictions at the European Space Operations Centre (ESOC) in Darmstadt, Germany, in lieu of the COVID-19 pandemic.

With one of the employees testing positive for COVID-19, the ESA was forced to put a hold on the missions mentioned above and devoted the workforce to other missions. Paolo Ferri, head of mission operations at ESOC stated that an employee came into contact with about 20 people at the centre in the two days before his diagnosis. Those 20 people, he said, primarily worked on the four missions whose operations were suspended, and were asked to stay home as a precautionary measure. The building at the center were also thoroughly cleaned and disinfected to eliminate any traces of the virus.

At the time of announcement of the suspension of the missions, the agency didn’t link it to controllers working on specific missions being potentially exposed to the disease. Instead, the agency stated that it was primarily targeting interplanetary missions—of the four, only Cluster is orbiting the Earth—as they require more personnel on-site.

“We decided to preventatively suspend operations on these missions until the risk of a potential cascade of follow-on infections and quarantines disappeared,” Ferri said. "None of the employees placed in self-quarantine showed symptoms of the disease, and the one person who was diagnosed with COVID-19 is thankfully fine, and recovering well."