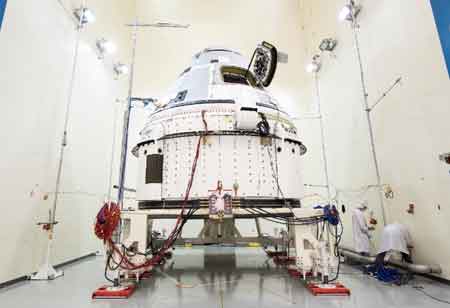 FREMONT, CA: A Cygnus cargo spacecraft, which was scheduled to reenter in late February, is instead scheduled to remain in orbit for another month to support additional tests to be performed by one of its payloads.

The Northrop Grumman NG-12 Sygnus spacecraft, called S.S. Alan Bean by the company, was unanchored from the International Space Station on January 31 after completing its four months at the station. The Cygnus, having departed the station, deployed small satellites; at the same time, the company said the spacecraft would complete its mission with a destructive reentry at the end of February.

Till early March, there was no announcement of the spacecraft’s reentry. On March 4, the Space Track Database of objects in orbit, maintained by the Defense Department, showed that the spacecraft remained in orbit.

Though Northrop Grumman did not mention the name of the customer, its request to amend the FCC license for the mission showed that it was from Lynk, which is a Virginia-based company working on technology for satellites to enable direct communications with mobile phones.

The chief executive officer of Lynk, Charles Miller, said that the extension would support their additional tests. He also mentioned that NASA, Northrop Grumman, and SEOPS positively supported testing of the payload.

Northrop Grumman gave demonstrations on the NG-11 Cygnus mission the spacecraft’s ability to remain in orbit for an extended period after leaving the ISS. That spacecraft stayed in orbit for four months after departing the station in August in 2019. Northrop operated two Cygnus spacecraft- NG-11 and NG-12- successfully, along with completing a series of tests. However, the NG-12 mission is reported to be extended through April 2, as approved by the FCC on March 3.