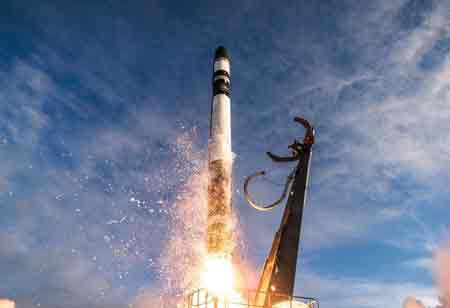 Initially, Capella planned to cluster the satellites in a polar orbit. Both Capella and Rocket Lab have refused to disclose the launch costs of the mission. However, it is sure to be significantly higher than the price of a rideshare mission

Fremont, CA: San Francisco-based Capella Space is set to launch a Synthetic Aperture Radar (SAR) satellite into mid orbit later this year onboard a Rocket Electron launch vehicle. “It will be the first commercial SAR satellite in a mid-inclination orbit,” said Payam Banazadeh, Capella Space CEO. “Customers want to monitor areas around Korea, the Middle East, some portions of Europe and North America. Putting a satellite in a 45-degree-inclination orbit allows you to have good coverage of those areas.”

Capella Space intends to launch its first seven operational satellites in 2020. The first satellite, named Sequoia, is scheduled to launch into sun-synchronous orbit later this month along a Saocom 1B, an Argentine L-band SAR satellite, on a Falcon 9 rocket from Cape Canaveral. The company's Electron launch is set to take place somewhere in mid-2020. Capella is yet to announce the launch dates and contracts for five additional satellites in its Whitney constellation. The five satellites are under construction at the firm’s Boulder, Colorado, facility.

"As we have talked to more customers, we've realized a hybrid constellation with some satellites in mid-inclination orbit, and others in polar orbit will solve a lot of interesting problems. The launch contract announced today will most likely be one of many mid-inclination launches we will do with Rocket Lab and others," Banazadeh said.

Initially, Capella planned to cluster the satellites in a polar orbit. Both Capella and Rocket Lab have refused to disclose the launch costs of the mission. However, it is sure to be significantly higher than the price of a rideshare mission. Meanwhile, Capella’s 100-kilogram SAR satellite will be the primary payload on the Electron launch.

"Our dedicated launch solution will get Capella Space on-orbit faster, enabling them to focus on their core mission – providing reliable, up to the hour imagery data to inform everyday decisions down here on Earth," said Peter Beck, Rocket Lab founder, and CEO. "By launching on Electron, the team at Capella is in control of their mission every step of the way. The ability to book a launch quickly, have control over launch timing, and select an exact orbit puts customers like Capella in the driver's seat as they build out their constellations how and when they want to."