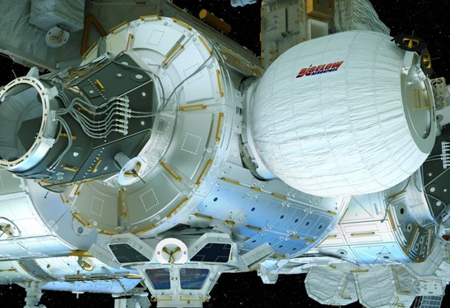 Nevada Governor Steve Sisolak signed an emergency directive on March 20, ordering all nonessential businesses in the state to shut down operations

Fremont, CA: American space technology startup Bigelow Aerospace laid off all its employees on March 23 in a move believed to be partly caused by the COVID-19 outbreak. The Nevada-based company founded in 1999 laid off 68 of its employees. Another 20 employees were laid off the previous week. Sources close to the company said the company was halting operations due to what was described as a 'perfect storm of problems,' which includes the coronavirus pandemic. Nevada Governor Steve Sisolak signed an emergency directive on March 20, ordering all nonessential businesses to shut down operations.

A company spokesperson confirmed that the decision was taken based on the Governor's order, and it faced fines, penalties, and threats of having its business license revoked if it remained open. The spokesperson also indicated that the company planned to hire the workers back once the emergency directive was lifted. However, other sources reported that the layoffs were a permanent measure. Meanwhile, space companies in other regions have been able to remain open despite restrictions on nonessential businesses. Aerospace companies in California continued to stay open after work from home directives as the federal government considers aerospace manufacturing as an essential industry.

Bigelow Aerospace was founded by Robert Bigelow in 1999, who intended to use the wealth he had accumulated from the real estate industry to develop commercial space stations. One of his notable achievements was the licensing of an expandable module technology from NASA after the agency canceled a project called TrasHab. Bigelow launched two spacecraft to demonstrate the expandable module technology; Genesis 1 in 2006 and Genesis 2 in 2007, both on Dnepr rockets from Russia. The company was successful in proving that the modules were stable and maintained air pressure.

In 2013, the company secured a NASA contract to build a similar expandable module, called the Bigelow Expandable Activity Module (BEAM), and install it on the International Space Station (ISS). BEAM was transported to the station on a SpaceX Dragon cargo mission in April 2016 and was installed on the station the following month. BEAM, which remains attached to the ISS to this day, is used for storage and some additional testing.