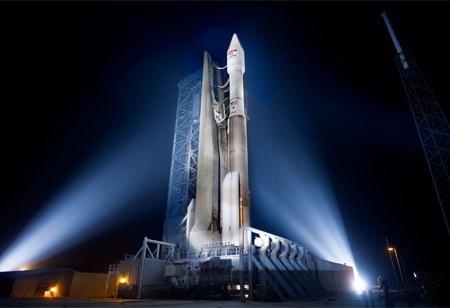 Fremont, CA: One of the biggest space conferences of the year, the 36th Space Symposium has been postponed because of the coronavirus pandemic. The conference, which regularly attracts several thousand registrants and hundreds of exhibitors from around the world to the Broadmoor Hotel in Colorado Springs, Colorado, was scheduled to be held on March 30 through April 2.

The announcement comes three days after Colorado Governor Jared Polis declared a state of emergency, and one day after Colorado Springs Mayor John Suthers said in a press conference that large gatherings in the city should be canceled or postponed.

“The Space Foundation is working with its partners, The Broadmoor, the City of Colorado Springs, and its members and other key stakeholders to identify future dates and details that will assemble the world’s space community again in Colorado,” the Space Foundation said. “In the coming days, we will be issuing additional guidance about those steps and the identified path forward.”

Travel restrictions announced by U.S. President Donald Trump would have made it difficult, if not impossible, for European participants to attend the Space Symposium. The Space Foundation’s decision to postpone the Space Symposium came toward the end of the week that saw hundreds of events canceled or postponed.

The coronavirus pandemic originated in China but has ended up in effecting more than 137,000 poeple worldwide and more than 1,700 in the United States, according to numbers from John Hopkins University. The World Health Organization says coronavirus is a “controllable pandemic” as long as countries take containment measures since many nations have the virus in small regions.