John F. (Ian) Dargin III, Founder and Principal
When the Space Shuttle Challenger returned to Earth with a cracked windshield in June 1983, engineers assumed the culprit was a micrometeorite. It was later discovered upon investigation that a seemingly inconsequential drop volume of paint debris free-flowing in space was the reason behind the marble-sized pit in the shuttle’s windshield.

The case of Challenger’s windshield illustrates a serious concern. Space lanes are filled with small debris, often overlooked by most debris removal methods, making them a major collision hazard.

Platform for Redirecting and Removing Inert Space Material (PRRISM), by Ironstar Engineering, offers a unique solution to the smaller space debris predicament. It operates out of the debris field as opposed to conventional debris removal platforms, which makes it easy to displace debris without the risk of accidental collision with circulating debris.

PRRISM works similarly to wind passing through a nozzle and blowing on dust. It interacts with the solar electromagnetic waves utilizing antennas to generate electromagnetic waves that streamline the magnetic flux in the polar cusp to facilitate the flow of solar plasma through the polar cusp, resulting in increased density, velocity, and pressure at the exit of the polar cusp.
PRRISM’s space sensors and an onboard computer then target the elevated plasma flow to trap and de-orbit smaller space debris from low earth orbit (LEO), geostationary earth orbit (GEO), and geostationary transfer orbit (GTO).

Going beyond debris displacement, PRRISM has the potential for military use cases. The platform can be used as an anti-satellite (ASAT) weapon to perturbate and change an adversary’s satellite orbit for strategic or tactical purposes.

The mastermind behind this innovative technology is U.S. Air Force veteran John F. (Ian) Dargin III. While working on the Combined Release and Radiation Effects Satellite (CRRES) program, Dargin III developed an interest in the science of solar wind and its interaction with the Earth’s geomagnetic field. He acquired knowledge and utilized his expertise to formulate a system to remove small debris from near-earth orbits. With his insight and focus on the project, he developed three patents and is published in The Journal of Space Safety Engineering, September 2020 edition.

Today, Ironstar Engineering’s project pitch has been accepted by the National Science Foundation. The company has now submitted a complete Phase I proposal for ‘Space Debris Remediation’ to the National Science foundation. Ironstar Engineering has also teamed up with the University of Tennessee Space Institute to develop this project and has received a letter of support from a major aerospace satellite developer recognizing the PRRISM contribution to space debris remediation. The engineering organization will use Computational Fluid Dynamics to analyze and study the control of plasma flow with various software programs to attain technology readiness.

“Thousands of satellites have been launched over the years since the launch of the first satellite in 1957, making space ever more crowded. With space traffic set to increase, the number of space collisions will also rise. The result of such collisions means satellite failure, causing destruction and fragmentation of larger objects, with environmental implications including loss of mobile communications, navigation, and weather. “PRRISM is poised to clear orbital space for a cleaner future,” states Dargin III. 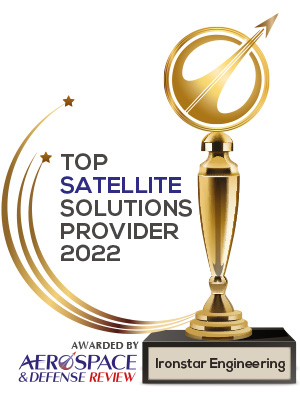 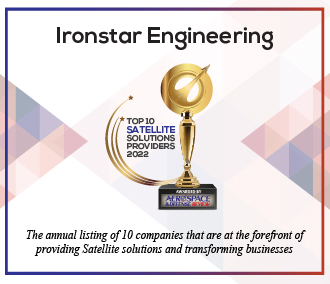