Sean League - Co-Founder
Little did Galileo Galilei know that his urge to look up at the heavens, which led him to invent a telescope, would forever revolutionize the field of astronomy and the understanding of the universe. Centuries later, his famous and groundbreaking tool still inspires curiosity amongst many in the field of space technology. Today, these telescopes are enveloped into satellites to be sent into orbit to find out how the universe works. One such innovation is by a space tech startup, SpaceFab that is pioneering a commercial satellite space telescope that can be used to take astronomical or earth observation images. “The biggest difference in our imaging satellite approach is to make it multi-purpose, high performance and affordable so that it is available for multiple markets and customers,” says Randy Chung, CEO of SpaceFab.

Researchers, corporations as well as the general public can choose to see images of the earth, objects orbiting the earth, as well as astronomical objects using SpaceFab’s satellite. “We have multiple types of cameras that the customer can select for their particular application,” says Chung. Through this approach, the company has defied the traditional approach of custom designing the satellite for a primary customer, which makes it special purpose.

Clients can get quick responses to observation requests by easily uploading new commands to the satellite via Globalstar satcom. The imagery data can then be downlinked to SpaceFab’s optical ground station network. For instance, farmers can order imagery of their fields that can provide a vegetation index image, derived from multispectral data, or it could be a more detailed hyperspectral image.
Similarly, astronomers will have a large increase in space-based observations at low cost using SpaceFab’s satellites that will offer a large set of astronomical filters. For space domain awareness (SDA) traffic management, the company will provide frequent, accurate, and timely updates of satellite positions measured from its LEO constellation.

With SpaceFab’s satellite, clients can get images from any part of the orbit through a single satellite type. “Besides, a sizable constellation of imaging satellites allows us to provide short revisit times for earth observation, and also provides massive amounts of SDA and astronomy observation at low incremental cost,” adds Chung.

SpaceFab’s space telescope is designed to overcome the challenges of the existing technologies. While conventional techniques offer high-resolution earth observation imagery at 50 cm at an incredibly high cost, the company’s telescope satellite can offer substantially lower costs for 40 cm and 30 cm resolution imagery owing to its cost-optimized satellites. Besides, the company uses technologies that minimize the size, weight, and power of the satellite. For instance, SpaceFab uses a telescope architecture that is alignment tolerant making the structure much lighter and smaller, which lowers both the manufacturing and the launch costs. Similarly, the company offers on-board fast, low cost, and efficient laser communications transmitted through the main telescope as opposed to bulky spacecraft antennas. “We use COTS (commercial off the shelf) laser components that are used in high volume autonomous automobile applications which are inexpensive and efficient,” says Chung.

Besides, as the optical ground stations are inexpensive, SpaceFab plans to have at least 10 of them, located at different astronomical observatory sites around the world. This will allow any satellite to downlink data at least once per day. In the long term, the company plans to have satellites with optical crosslink capability, which will be used to further reduce the downlink delay.

SpaceFab will be launching satellites every year to build its constellation, following which it will launchreplacement satellites to replenish the constellation. “This will allow us to incrementally upgrade our imaging satellites with more spectral bands, wider field of view, and adding infrared capability while leveraging the same low cost and high-performance satellite architecture,” says Chung. 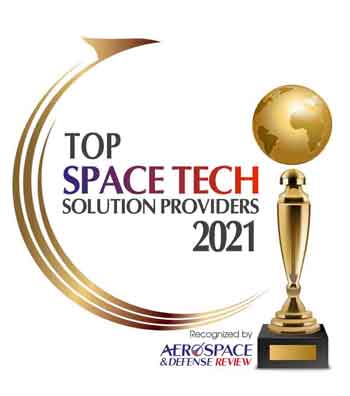 Description
SpaceFab™ is currently building its first generation satellite, a space telescope with 50 cm (20 inch) optics, to be launched in early 2022. The company will provide a service for researchers, corporations, and the general public to schedule astronomical observation as well as Earth observation using our space telescope. Customers will also have access to archived space and Earth imagery

"The biggest difference in our imaging satellite approach is to make it multi-purpose, high performance and affordable so that it is available for multiple markets and customers"