Olivier Andriès, CEO and Director
The aerospace industry has been around for more than a hundred years, yet it is one of the sectors that constantly innovate with technologies. In the last few years, the industry was mainly driven by digitization, automation, and improved maintenance, and like most other industries, aerospace has been affected by the COVID-19 crisis. Nevertheless, the industry also witnesses other trends and innovations that shape the industry, ranging from automation to urban air mobility. Although automation and digitization have been used extensively in the industry, there is still a huge potential to further automate and digitize processes. Safran Group, an international high-technology group operating in the aviation (propulsion, equipment and interiors), defense and space sectors, makes that possible with its solutions. Its core purpose is to contribute to a safer, more sustainable world, where air transport is more environment-friendly, comfortable and accessible.

Founded in 2005, Safran has a global presence with 79,000 employees and holds, alone and in partnership, world or European leadership positions in its core markets. As the world’s oldest aircraft engine manufacturer, Safran has grown gradually through the association of iconic and innovative companies in the aviation, space and defense sectors. Safran Engineering Services, an expert in digital transformation, is working worldwide with partners like Diota, DessIA and Skyreal to implement innovative digital solutions for its clients and support them with product development, industrialisation, and implementation.

Safran innovates to anticipate its customers’ needs and develop the technologies, products and services needed for tomorrow’s aerospace and defense markets. A significant part of the group’s employees is involved in research & development programs that explore new areas of innovation. Alongside, the number of patents filed by Safran is growing year on year and its position as the world’s third largest aerospace player, excluding aircraft manufacturers, is largely attributable to this ability to innovate. The company focuses on making air transport safer, more environment-friendly, and tackling the challenges of climate change and contributing to the transition to carbon-neutral aviation by 2050. In response to this ambitious objective, Safran is intensifying its efforts in digitalisation, including the development of energy solutions for various ranges of aircrafts: biofuels, hybridization, electrification, hydrogen, new architectures, reducing the weight of equipment and its involvement in the European research programme clean sky.

Corporate social responsibility (CSR) is at the heart of Safran’s development strategy and is in line with its corporate purpose. Taking into account the expectations of all of the group’s stakeholders’ and led by employee-driven initiatives, its CSR policy is built on four pillars: decarbonising aerospace, being an exemplary employer, affirming its commitment to citizenship, and embody responsible industry.

More importantly, since the creation of its very first company in 1896 to the global reach that Safran enjoys today, the group has built its history on iconic aerospace and defense companies, such as Snecma, SAGEM, Labinal, Messier, Hispano-Suiza, Turbomeca and Zodiac. This century and more of the company’s history is marked by a series of major innovations, such as the engine that powered the first flight over the Mediterranean (flown by Rolland Garros in 1913), the development of the very first aeronautical autobrake in 1930, the first inflatable boat prototypes, the first mass-produced helicopter engine, and the commissioning of the CFM56 (the world’s best-selling commercial aircraft engine), among others. This ability to evolve and invent, which is at the core of Safran’s operations, is still evident today, allowing the group to build on its history and achievements in order to plan for a sustainable future and tackle tomorrow’s challenges. 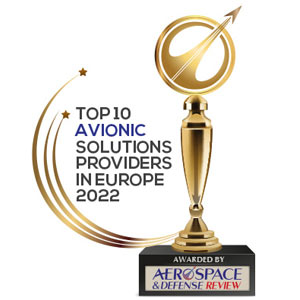 Description
Safran is an international high-technology group, operating in the aviation (propulsion, equipment and interiors), defense and space markets