Ari Saartenoja, Founder and CEO
As kids, we have all read or heard about the adventure fiction—“Treasure Island,” narrating a tale of “buccaneers and buried gold.” When the brave adventurers in the novel set out to find Captain Flint’s lost treasure, they were completely unaware of what was awaiting them in their quest. After months of harrowing experiences, a cryptic map finally led them to the famed island and its treasure.

While this novel was indeed one of the classics of the young adult literature published during the 1880s, one can only wonder, had the plotline of the novel been set in the 21st century, would technology have simplified their quest and helped them find the treasure faster?

Well, if we imagine, the answer is a resounding yes; it would have undoubtedly helped the ‘buccaneers,’ especially when one considers the critical role technology plays in today’s digitally-driven world. However, according to Ari Saartenoja, founder and CEO of Radai—an innovative company focused on physical and geophysical measurements—“It is more about how you utilise the technology innovatively to yield results than the technology itself.”

And the conviction behind Saartenoja’s opinion mirrors his own entrepreneurial journey with Radai. Notably, Saartenoja founded his company, Radai, in 2012 while experimenting with ground-breaking physical and geophysical survey systems, along with drone technology. Saartenoja, at that time, was working on magnetic field measurements and was quick to realise the implication it holds for the mining companies. Even in today’s modern world, mining companies, like treasure hunters, are searching for mineral ‘treasures’ with nothing but a ‘cryptic map.’ The trial and error approach to hitting a well-defined mineral deposit can take years of work and huge budgets. On the contrary, Radai’s geophysical measurement techniques, data analysis, and specialist services using unmanned aerial vehicles (UAVs) and static ground stations can simplify and speed up such mineral exploration process considerably.

Radai offers the best-in-class magnetic field and other geophysical measurement solutions, as well as thermal and infrared imaging tools for mining companies. The company enhances its capabilities further with aerial digital elevation models and volume estimations, underwater digital elevation models, and environmental modelling for a range of 300 to 10,000 kilometres. Unlike the standard ground and aeroplane surveys that only yield either scalar or vector measurements, Radai’s UAVs are designed to produce a flexible combination of both. Radai’s high-performance survey systems can easily detect and determine the magnetic fields in the ground, thus creating more accurate depictions of underground resources.
The survey systems are carried by fixed-wing drones operating on electric motors. Operator can launch two drones within an interval of 30 minutes that can fly at a speed of 70kmph. Notably, the company holds the record of surveying one thousand kilometres in one single day. Also, with its robust data management system, Radai facilitates a seamless transmission of data from the drone directly to clients’ mobile devices. “We have developed our own data processing tools for getting magnetic data. That’s our core secret ingredient,” claims Saartenoja.

Driven by such innovative and first-of-its-kind capabilities, Radai has made a significant impact on the mining space in Finland as well as Sweden today. “One of the benefits of using our systems is the low-altitude measurement capability,” says Saartenoja. To strengthen his point, the CEO shares the story of a mining company that had recently worked with Radai. The company used tight line spacing for the survey, setting its systems at 35 metres instead of the usual 50 metres. It enabled more accurate mapping of the targeted area and allowed the client to get a better bearing on their mineral exploration process. The customer was not only pleased about the quick survey times but also the accuracy of the mapping data.

The Driving Force of Change and Innovation

A key aspect that makes Radai so effective and popular in the mining space is its robust workforce. Saartenoja and his team bring a trove of specialised knowledge and experience from the fields of geosciences and electrical engineering, further enhancing the capabilities of Radai. The superior management, combined with a motivation of the team, makes the company an epitome of excellence when it comes to physical and geophysical measurements, data analysis, and specialist services. Every member of Radai comes from diverse backgrounds, thoroughly informed in their individual fields of expertise. Besides, as a company that is positioned to be a regional industry leader in mineral exploration based on its strong innovation and profound market understanding, Radai is aiming to reach even greater heights by continuously enhancing its UAV functionalities. Steering ahead, the company aims to augment its exploration capabilities to fulfil the dynamic business requirements.

Bringing Sustainability into the Mining Space with NEXT

At this juncture, Radai is particularly also proud to be an integral part of the NEXT project—an initiative funded by the European Union’s Horizon 2020 research and innovation programme. With an illustrious list of 16 partners from research institutes, academia, service providers, and industry leaders, the NEXT project focuses on the development of novel sensitive exploration technologies and data analysis methods that are fast, cost-effective, environmentally safe, and socially accepted. The collaboration includes the development of modern software and tools combining artificial neural networks and self-organising maps for processing and fusing of spectral data, and more accurate 3D electromagnetic inversion modelling. Saartenoja highlights that Radai has already pushed the new electromagnetic systems to the commercial stage. And the CEO is confident that this project will help mining companies in steering their projects towards a sustainable and socially acceptable future.

The potential of Radai’s electromagnetic (EM) survey system, which it developed in conjunction with Loop and Line, and GTK has also garnered attention from the Innovation Radar of the European Commission. Innovation Radar, whose purpose is to publish, commercialise, and reward high-quality products developed in EUfunded projects, has praised Radai on its achievement. The experts from the commission ranked the novel EM survey system on UAV for mineral exploration as a top innovation with high market potential.

Keeping up with this momentum, Radai is now developing an accurate 3-component (vector) magnetic survey method, along with a novel electromagnetic (EM) survey system utilising a 3-component EM receiver carried by a multicopter. The EM system will be able to measure and deliver information on the electrical properties (conductivity and magnetic permeability) of the subsurface to provide vital information for geological mapping and mineral exploration. In addition, Radai is also creating a sensitive vector magnetometer system for highend drones. The 3D magnetic vector fields measured by Radai’s systems will provide mining companies with more accurate and precise geophysical models and structures of bedrocks. Besides, the company is seeking to expand to international markets. By training the local teams in various countries to conduct geophysical surveys, Radai is planning to establish a global presence in the upcoming years. With such plans under its hood, and backed by industry leading-partners, there is no doubt Radai will soon garner its position as a leading geophysical measurement service provider in Europe.

With the right team, even navigation through uncharted waters can be successful 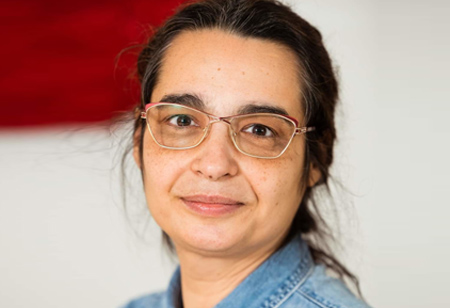 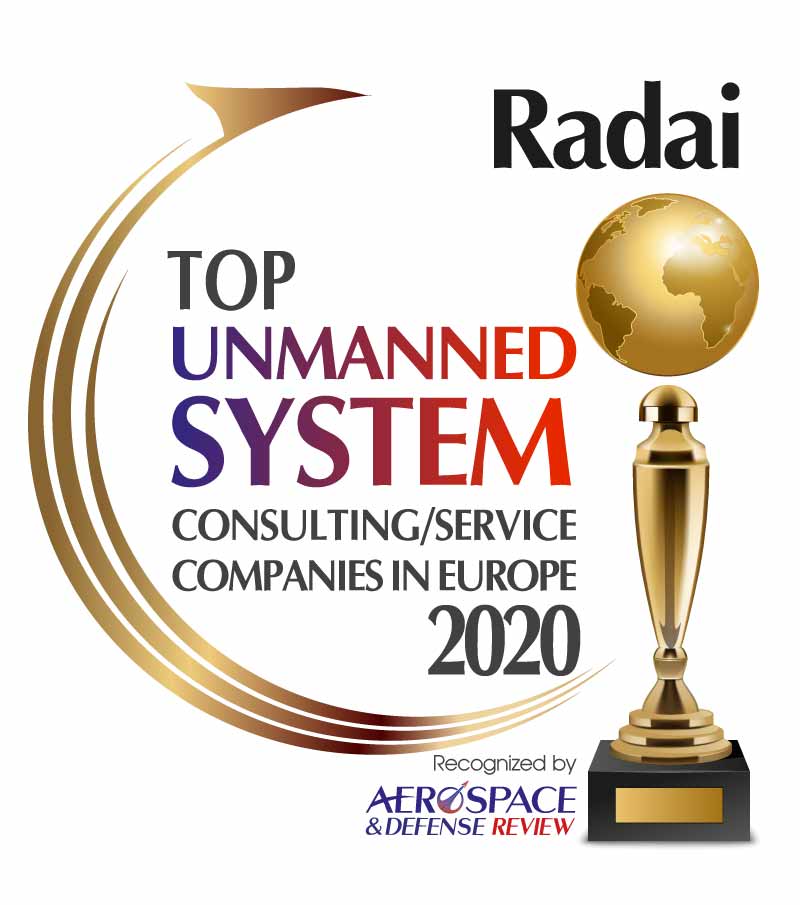 Description
Radaiis focused on simplifying the mineral exploration process through its physical and geophysical measurement techniques, data analysis, and specialist services.Unlike the standard ground and aeroplane surveys that only yield either scalar or vector measurements, Radai’s UAVs are designed to produce a flexible combination of both. Radai’s high-performance survey systems can easily detect and determine the magnetic fields in the ground, thus creating more accurate depictions of underground resources. The survey systems are carried by fixed-wing drones operating on electric motors. Clients can launch two drones within an interval of 30 minutes that can fly at a speed of 70kmph. Notably, the company holds the record of surveying one thousand kilometres in one single day 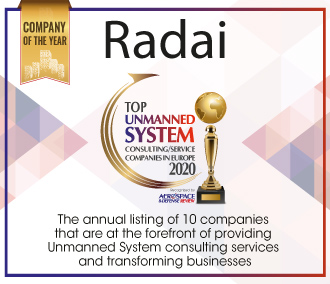 "We have developed our own data processing tools for getting magnetic data. That’s our core secret ingredient"