Pierclaudio Iaia, Deputy Chief Operating Officer
Freeman Dyson, an expert physicist and maven of nuclear science, once said, “Aviation is the branch of engineering that is least forgiving of mistakes.” Imagine a majestic fighter jet like the Eurofighter Typhoon or a Lockheed Martin F-35 zooming across the sky at supersonic speeds. As two of the best fighter aircrafts in the world, these jets are built to withstand the mightiest winds and eliminate their targets. However, even the slightest error in the control mechanism or the smallest crack on the exterior body can bring down these engineering marvels.

To avoid such mistakes, the manufacturers of these aircrafts are leveraging the leading-edge capabilities of one of Europe’s best solution providers—OMA. Founded in 1948, OMA has established itself as a prominent original equipment manufacturer (OEM) for the aviation sector. Since its inception, the company has sought to serve an international customer base. As a dynamic, privately-owned company, OMA has a diversified product range, from integrated aerostructures to landing gear and hydraulic equipment. The company designs and develops integrated aerostructures, mechanical and hydraulic actuation, electronic control systems, rotor brakes, wheel brakes, hydraulic reservoirs and accumulators. As a reliable, efficient, and responsive supply chain company for both manufacturing and design, OMA possesses a reputation for establishing robust partnerships with first-tier aerospace companies. The company boasts a production of over one million parts a year for both civil and military programs, including the world’s leading companies—Leonardo, Lockheed Martin, Boeing, Airbus, Liebherr, Safran, Nordam and PEMCO.

The effectiveness and efficiency of OMA’s services ensure the quickest turnaround time for customers.

“This is the reason for our almost maniacal attention to on-time delivery and quality: we cannot afford to cause delays to the assembly lines of our customers,” says Pierclaudio Iaia, the deputy chief operating officer at OMA.

Apart from production, OMA comprises a dedicated MRO department that focuses on the maintenance and repair of aircraft components. The aircraft shipments sent by contractors for overhaul are inspected by the quality engineers at OMA. Depending on the problem in the components, the engineers map out the sequence of operations to overhaul the part. In the case of clients from the defence sector, OMA sends engineers directly to the base and trains their personnel to conduct the maintenance activities on site.

Currently, the revenue share of OMA stands at 40 percent for onboard systems, 50 percent for aerostructures, and 10 percent for MRO. Furthermore, the overall revenue share is well balanced between commercial and military programs. OMA also boasts a solid financial foundation. Recently, the company invested over $10M in the development of a new unmanned aircraft system in the 55Lb class.

What makes OMA a prominent player in the aerospace and defence sector is its extensive expertise and knowledge. In addition to the 70 years of field experience, OMA is driven by a seasoned workforce that is skilled in manufacturing as well as engineering. The management team consists of veterans from the aerospace industry, some with more than 40 years of experience. The engineering tools utilised by OMA are based on state-of-the-art technology. For design and industrialisation, OMA leverages Dassault Systèmes’ 3-D Experience, which offers an integrated environment for the entire product lifecycle. The work floor at OMA comprises leadingedge equipment for NC turning/milling and sheet metal forming. “We are delivering the highest cost-efficiency for clients by continuously investing in the incorporation of new technologies to improve our processes and increase our efficiency,” says Iaia.

OMA is renowned for delivering added value to its clients and helping them overcome troublesome situations. From the early 1980s, the company has been supplying doors for cargo conversions of major airlines, starting with the McDonnell Douglas DC-8 and DC-10, followed by the Boeing B-747 and B-737. Along with cargo doors, its offerings include the opening and closing mechanism, the locking and latching mechanism, the installation kit, and the door surrounding structure. During such installations, one of the prevalent problems arises due to the lack of digital data representing the exact geometry of the airframe. OMA overcomes this issue with its cutting-edge software tools, which generate a digital 3D model. This representation of the physical interface enabled OMA to deliver products that required minimal trimming. Thus, the clients not only achieved a shorter turnaround time but were able to perform a cost-effective conversion.

Having garnered extensive acclaim throughout Europe, OMA is striving to establish itself as a leader in innovative systems. This goal is not far-off for the pioneers of the electro-mechanical rotor break. Currently, OMA is streamlining the development of its smart electro-mechanical actuator to be used in light to medium-sized aircraft flight control systems. With such powerful technologies on the horizon, OMA is set to make a significant mark on the aerospace landscape. 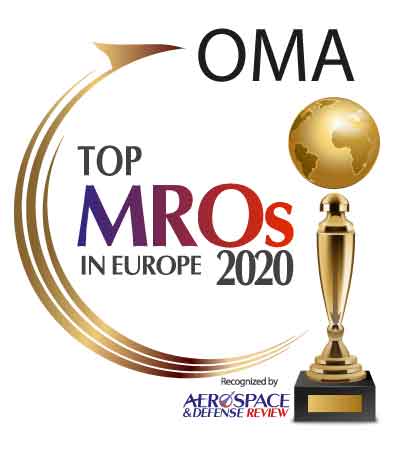 Description
The private Italian company, OMA, was founded in 1948. Over the years, it rose through the worldwide aerospace market and is now considered one of the best suppliers of high-value solutions for the design, development, and production of integrated aerostructures, hydraulic, and electro-mechanical systems and components, as well as maintenance, repair, and overhaul services for the commercial and military aircraft and helicopters. The mission of OMA is to offer the best in class products to the aerospace market and satisfy customer needs through continuous improvement of integrated competencies achieved along decades of experience in the field 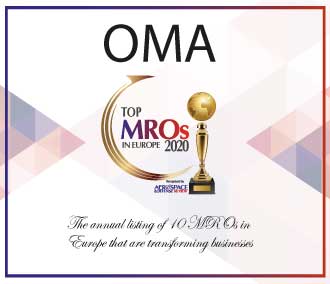 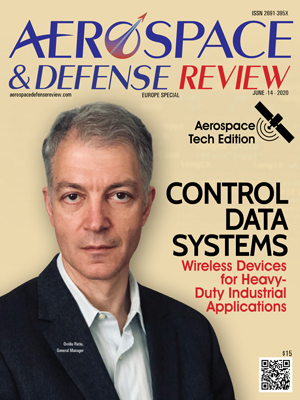