OHB: Ushering the Future of Space with Next-Gen Satellites

Marco Fuchs, CEO
Since the start of the space age in the late 60s, machinists, engineers, and aerospace experts across the globe have been racing to bring tech-driven breakthroughs in the market, whether it is for satellite systems or manned travel. Over the last decade, digital innovation and technological advancements gave way to a plethora of newer applications in the realm of satellites. And more recently, as global billionaires enter a race to be the first ones to commercialize space travel, the current space arena is a highly competitive sector where innovative technology vendors are vying to take the top spot as the go-to-partner for the imminent opportunities. However, as the space sector requires compliance with a plethora of stringent health and safety protocols, a majority of players are seeking partners with heritage to help them realize their space dreams.

And as one of the 3 major space systems companies in Europe, Germany-based OHB, with its comprehensive threedecade history in the space sector, has bridged many gaps for space agencies in Germany and the EU at large. OHB specializes in high-tech solutions for space, including low-orbiting and geostationary satellites as well as dedicated systems for manned space flight, aerial reconnaissance and process control. “Our experience in the field of high technology and ability to bundle space and telematics ensures our position as one of the most important forces in the European space and high-tech industry,” says Marco Fuchs, CEO at OHB.


Founded in 1981 after the Fuchs family acquired Otto Hydraulik Bremen GmbH (OHB), the company has played a critical role in the development of several satellite systems and space missions. Today, the company has grown to a workforce of 2800 committed and creative minds that are working on OHB’s current projects, which include major European space programs such as the Galileo navigation satellites, the SARah reconnaissance system, the MTG meteorological satellites, the EnMAP environment satellite, the TET-1 technology testing vehicle and the HispaSat, ELECTRA and EDRS-C telecommunications satellites.

Discussing the core competencies of his company, Fuchs elaborates on two of OHB’s biggest satellite projects namely, the European Space Agency’s Galileo FOC satellites and their geostationary SmallGEO platform. With respect to the former, OHB’s proven track record of success allowed it to win ESA’s contract to manufacture all 34 Galileo FOC satellites as a main contractor in a team with Surrey Satellite Technology Ltd. While Surrey Satellite Technology Ltd manufactures the navigation satellites, OHB is tasked with satellite concept, the satellite platform, the satellite integration and its verification. SSTL supplies the satellite payload and supports OHB at system level with the experience gained from the first Giove A test satellite. OHB System AG also supports the necessary actions during start preparations and in-orbit verification while leveraging its experts to work on concepts for the next generation of satellites and for other services that they should provide.


On the other hand, with the SmallGEO project, OHB’s objective was to develop a modular, geostationary satellite platform of the 3-tonne class. The special thing about the SmallGEO platform is its modular structure. In this way, the satellite can be individually equipped with the desired functions according to the requirements of the respective customer, without the satellite bus having to be comprehensively changed. The advantages are obvious: Short integration times make it possible to react quickly to new market requirements and to save costs. The relatively low complexity of the system ensures high reliability with reduced programmatic risk.

Similarly, OHB has ignited several other success stories since its inception. Loking ahead, however, the company has taken a VC/mentor role, supporting emerging startups achieve their goals of building innovative space systems. A prime example of this is Augsburg-based Rocket Factory, a firm that recently announced the growth of their microlaunchers through the support of OHB and other stakeholders. “We do not want to leave this lucrative market to US companies. That is why we have set up the Rocket Factory with two young space enthusiasts and given the new company a major boost in the form of expertise and capital. We will be able to maximise the cost advantages of series production because we will be building rockets just like cars. Due to the very high demand for investment opportunities in this promising market, we are now opening up the possibility for further selected investors to participate in the growth of the Rocket Factory,” concludes Fuchs. 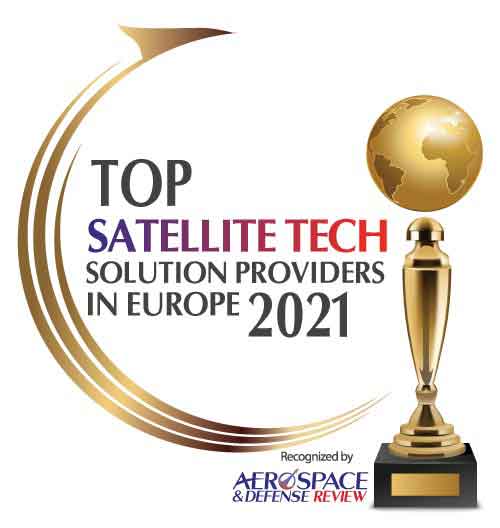 Description
Germany-based OHB is is one of the 3 major space systems companies in Europe. The company specializes in high-tech solutions for space, including low-orbiting and geostationary satellites as well as dedicated systems for manned space flight, aerial reconnaissance and process control. And with a workforce of 2800 committed and creative minds, OHB is currently working on several projects, which include major European space programs such as the Galileo navigation satellites, the SARah reconnaissance system, the MTG meteorological satellites, the EnMAP environment satellite, the TET-1 technology testing vehicle and the HispaSat, ELECTRA and EDRS-C telecommunications satellites