Northrop Grumman: The Bulwark Of The U.S. Navy

Mike Meaney, VP of Land and Maritime Sensors Alan Lytle, VP of Undersea Systems
On May 22, 2021, the U.S. celebrated its 88th National Maritime Day, a time-honored tradition to commemorate the lives of the men and women who serve in the U.S. Navy, Marine Corps, and Coast Guard for safeguarding and strengthening the nation.

Northrop Grumman is also at the forefront of developing sophisticated control system solutions for naval vessels such as surface ships, submarines, and unmanned vehicles, enabling “information advantage” for their troops to make better decisions. At the core of this offering is Northrop Grumman’s Integrated Platform Management Systems (IPMS), sometimes referred to as a Machinery Control System. Backed by advanced computer-based technology to control and monitor on-board systems, Northrop Grumman’s current generation of IPMS comprises sensors, actuators, remote terminal units, and data processing tools to provide safe, secure, condition-based control, monitoring, and diagnostics on the status of a ship and its major systems.

Completing this is the company’s Defense Integrated Bridge System (IBS) technology, developed to meet a broad range of a ship’s requirements. It can seamlessly integrate all systems on board to support safe navigation and operate multiple missions simultaneously.This Defense IBS is especially beneficial to support navigation functions required by naval vessels, including radar, machinery control systems like WECDIS and C4ISR.Moreover, its naval features also help the crew with guiding helicopters, tracking fast moving targets, intercepting guidance, and exchanging data with other systems on board.
What’s more? By adding additional sensors to the bridge, including radars, EO-IR cameras, and radio direction finders, the system can be used to improve situational awareness on the vessel.

With close to three decades of in-fleet airborne mine countermeasure experience, Northrop Grumman has fielded 27 minehunting systems so far. In fact, the company was the first to field electro-optic mine identification solution, develop long-range synthetic aperture sonar for mine warfare, and design mine warfare unmanned surface vessel (jointly with the Naval Undersea Warfare Center). So much so that Northrop Grumman’s solution—AQS-24 series—is often regarded as the only deployed and operationally proven high-speed airborne mine detection system in the world. Today, the latest iteration of its minehunting system, AQS-24C, has significantly improved image resolution as well as the speed of real-time sonar processing. “The AQS-24C is a cost effective upgrade to an existing system, providing long range volume search mine hunting while minimizing development costs and providing great value to the U.S. Navy,” says Alan Lytle, VP of undersea systems at Northrop Grumman. “This new capability will keep sailors out of harm’s way and shorten the mine clearance timeline.”

Torpedoes are the lifeblood of attack submarines. Submarines usually fire large, heavyweight torpedoes, which are stealth, long range, and high-power. Rising to the challenges, Northrop Grumman has efficaciously manufactured the first industry-built Very Lightweight Torpedoes (VLWT) for the U.S.
Navy. This is the first man-portable torpedo built by Northrop Grumman, considered to be smarter than any other torpedoes ever produced. If it is placed in the same water as the target, the VLWT will search, detect, and engage with more maneuverability and anti-torpedo anti-torpedo capability than its larger counterparts. Additionally, its size allows it to be deployed from airplanes or even from a helicopter, making it possible to deploy the VLWT directly above an enemy submarine. This is a tremendous advantage for warfighters as it is now almost impossible for the submarine to evade a hit.

Backed by proven technologies and a promise to bring more innovation, Northrop Grumman is gearing its offerings further to aid its clients in meeting the new challenges brought on by the pandemic. To help fight this invisible enemy, Northrop Grumman is using its ingenuity and engineering expertise to bring innovative solutions for healthcare and DoD frontline workers. A case in point is Northrop Grumman’s ground-breaking design of the first-of-its-kind mass producible ventilator that costs less than $1,000 to build. Northrop Grumman plans to provide the DoD full and unlimited rights to intellectual property. Thanks to Northrop Grumman’s spirit of innovation, the DoD will always have the backing needed to save the lives of COVID-19 patients or others suffering from respiratory problems in the future.

These tremendous strides are a perfect testament to Northrop Grumman’s determination to constantly push the boundaries in order to remain at the peak of success in the DoD tech space. The company’s journey forward would also be no different. Backed by its years of unrivaled expertise, the company plans to leave a trail of leading-edge solutions, especially in the naval tech realm, for others to pursue 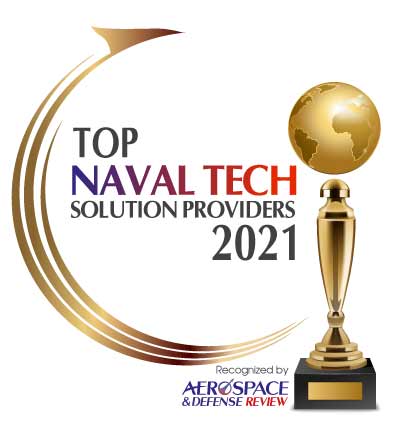 Description
Northrop Grumman is a leader in the design, development and production of advanced naval systems, including electronic and information warfare, minehunting systems, integrated bridge and navigation systems, and mission integration. The company’s motto: “Defining Possible,” is a testament to the practical application of their shared purpose; it’s a promise they make to their team and customers to always rise to any challenge. And this is well reflected in all the work they do and seen in everything they create, including autonomous underwater vehicles, digital defenses for physical assets, the world’s first stealth bomber, the most powerful telescope ever created, and much more. In a nutshell, for Northrop Grumman, the word ‘impossible’ doesn’t end discussions, it becomes the starting point! 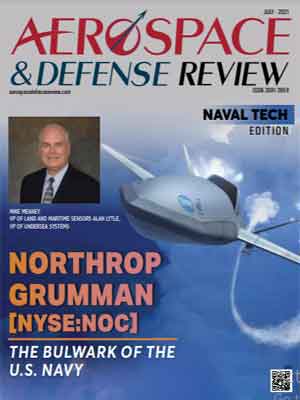